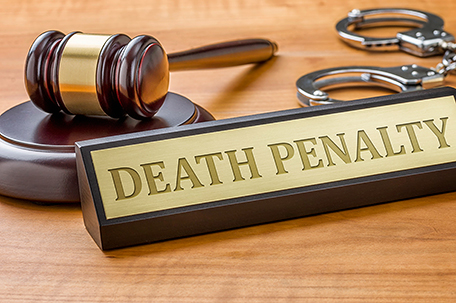 PHILADELPHIA – After filing its response in the Pennsylvania Supreme Court, the District Attorney’s Office (DAO) joined with state lawmakers, faith leaders, and justice advocates to announce that the death penalty as applied is unconstitutional in the Commonwealth of Pennsylvania.

Following a December 2018 order by the Supreme Court of Pennsylvania, the DAO conducted a comprehensive review of the 155 death sentences issued by the Commonwealth to Philadelphia defendants between 1978 — when Pennsylvania enacted its current death penalty statute — and December 31, 2017. The DAO summarized its findings in its response in the matter of Jermont Cox vs. the Commonwealth of Pennsylvania (No. 102 EM 2018) yesterday.

As a respondent for the Commonwealth, the DAO was asked by the Supreme Court to answer the following questions:

Does the death penalty, as it has been applied in Pennsylvania, violate the State Constitution’s ban on cruel punishments;

Does Article I, Section 13 of the Pennsylvania Constitution prohibit the imposition of the death penalty independently of the Eighth Amendment of the Federal Constitution; and

Should this Court exercise its King’s Bench jurisdiction to consider whether the death penalty, as applied, violates the Pennsylvania Constitution’s ban on cruel punishments?

After an extensive study of 155 capital cases involving Philadelphia defendants, the DAO found grave inconsistencies and inequities that implicate the reliable application of the death penalty in the Commonwealth, and therefore demand timely intervention by the Pennsylvania Supreme Court.

“After close examination of 155 death penalty cases, the Philadelphia District Attorney’s Office found that the death penalty is more often than not applied to non-White defendants who cannot afford legal counsel. The quality of your defense, particularly when capital punishment is on the table, should not be determined by the amount of money in your wallet,” District Attorney Krasner said.

“But contrary to fairness, to common sense, and to justice, we have data showing that the ultimate sentence is not being given to the worst of the worst — it’s being given to poor people and Black people. Astonishingly, 72 percent of death sentences in Philadelphia were overturned during the post-conviction review process — in large part due to deficiencies in representation,” Krasner continued. “We have a system in which wealthy, White defendants can buy their way out of the system and evade consequences for years or decades, while poor Black defendants sit on Pennsylvania’s death row for an average of 17 years — on the taxpayers’ dime — before their death sentences are overturned. Anyone who claims to believe in the sanctity of life, truth, or justice cannot seriously defend the application of the death penalty in Pennsylvania.”

The DAO’s study looked only at cases involving Philadelphia defendants from 1978 through 2017 and found that:

72 percent of Philadelphia’s death sentences (112 out of 155) were overturned during the post-conviction review process;

66 percent of the 112 overturned death sentences (74 out of 112) were overturned due to the ineffective assistance of trial counsel (IAC);

In 78 percent of the 74 IAC cases (58 out of 74), the Philadelphia defendant was represented by a court-appointed counsel; and

In 51 percent of the 74 IAC cases (38 out of 74), the court found the court-appointed counsel was ineffective.

“I was a poor person of color, and I didn’t receive adequate representation,” said Anthony Wright, who served 25 years following a wrongful conviction for rape and murder. “Losing your entire adolescence and adulthood simply because you couldn’t afford a rich man’s lawyer — it’s wrong, it’s not justice, yet it happened to me and to countless others like me. I’m thankful to District Attorney Krasner for putting the facts first, and I’m hoping the PA Supreme Court acts quickly to stop a system that only works for the privileged few, not the unlucky many.”

Previous DAO administrations in Philadelphia have sought and secured more death sentences than any other county in the Commonwealth. The review conducted under District Attorney Krasner found that of the Philadelphia defendants currently on death row, 91% are members of racial minority groups; 82% are Black even though Black people are fewer than 45% of our population; and 80% were represented by court-appointed counsel, suggesting they could not afford to hire their own legal counsel.

“The unconstutionality of the death penalty should not only shock our conscience, it should call all of us to action, to join together across political parties, faiths, and government offices, to make real and lasting change in our criminal justice system,” PA Senator Katie Muth (D-Montgomery) said. She along with Reps. Frank Ryan (R-Lebanon) and Chris Rabb (D-Philadelphia) are leading a legislative effort to repeal the Commonwealth’s death penalty.

“Over the last four decades, three out of every four death sentences have been overturned after years of costly litigation at taxpayer expense. And when people are wrongly convicted and sentenced to death, families and communities pay a heavy price for generations to come,” Rabb said. “I urge people of good conscience across the Commonwealth to not turn away from this horror, but to join us in bringing our failed experiment with capital punishment to an end.”

“There was a time when I wanted the person who murdered my brother to lose his life as well. But vengeance is not justice; rather, vengeance is often its own kind of prison, that encourages more violence and not less,” said Lorraine Haw, also known as Mrs. Dee Dee, of the Coalition to Abolish Death by Incarceration. “Not only have I come to believe the death penalty is morally wrong, I cannot ignore the fact that it is unjustly applied to mostly poor people and minorities. The death penalty is state violence that is too often inflicted upon people who are not in fact guilty, and we must all work to end it in Pennsylvania and in the United States.”

“Of the 441 death sentences imposed in Pennsylvania since 1978, an astounding 270 have been overturned and six people exonerated. We know the correlations between race, poverty, and mental illness to contact with the criminal justice system and the death penalty. We need to put the millions of dollars spent on death row litigation in Pennsylvania back into communities to support quality health care, public education, skills training, and more,” said Reverend Gregory Holston, executive director of POWER, an interfaith justice organization.

“I am grateful to District Attorney Krasner and his team for working diligently and with integrity while reviewing these death sentences that were handed out before they took office. I encourage people of all faiths, including those with no religious affiliation, to look upon these numbers and recognize that our system of justice is simply wanton in its cruelty,” said Rabbi Mordechai Liebling, director of the Social Justice Organizing Program at the Reconstructionist Rabbinical College.