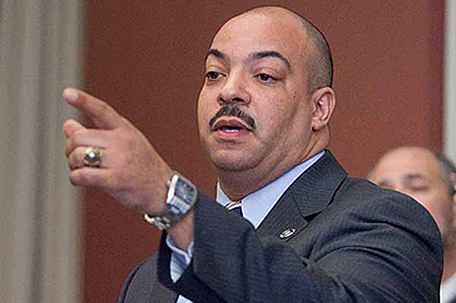 The Legal Intelligencer has named Philadelphia District Attorney R. Seth Williams as one of their 2015 Diverse Attorneys of the Year for being fair, steadfast and willing to prosecute difficult cases.

“The Legal Intelligencer’s Diverse Attorneys of the Year Awards and dinner are intended to highlight and celebrate the accomplishments of Pennsylvania’s diverse legal community. The purpose is to identify these outstanding achievers and by bringing attention to these impressive individuals, help promote the larger goal of helping celebrate and promote the cause of greater diversity in the legal community,” stated Hank Grezlak, Editor in Chief of The Legal Intelligencer.

The Philadelphia District Attorney’s Office employs more minority attorneys than any other law firm in Pennsylvania. During the ceremony, The Legal Intelligencer’s Magazine and Supplements Editor, Ben Seal noted the District Attorney’s work in prosecuting child abuse cases against the Catholic Church and elected official corruption cases among others.

“I work with 600 of the best and brightest, dedicated men and women of the Philadelphia District Attorney’s office, so in reality, this is really their award because they’re the diverse prosecutors who keep me energized and focused on making life better for Philadelphians no matter who they are or what they do for a living,” said District Attorney Williams. “Thank you Legal Intelligencer and congratulations to the entire 2015 class of diverse attorneys.”

The Legal Intelligencer’s editorial staff selected the award winners to shine a light on the outstanding work being done by minority attorneys across Pennsylvania. The list is announced every two years. This year’s list represents a cross-section of educators, public defenders, personal injury attorneys, law firm leaders, corporate stewards and prosecutors.

The Legal Intelligencer is America’s oldest daily law journal. Their coverage also specializes in the courts, the legislature and case digests from appellate and federal courts. The 2015 Diverse Attorney of the Year award ceremony took place in the Wanamaker Building’s Crystal Tea Room.

For more information about the award and a full list of The Legal Intelligencer’s 2015 Diverse Attorneys of the Year, please visit: www.thelegalintelligencer.com.