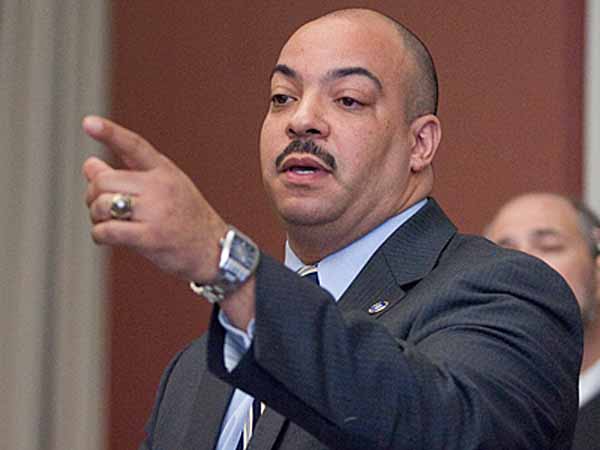 “There have been lots of calls for prosecutors to give people who have been charged with a non-violent crime more alternatives to incarceration and more paths for defendants to expunge their record. Today, we’re announcing another way for that to happen,” said Philadelphia District Attorney R. Seth Williams.

“We all know that crime goes up when people can’t gain access to the classroom, so we’re going to break that cycle by giving more of our city’s young men and women the opportunity to start fresh and reap the benefits that come from a post-secondary education, new life skills and a clean record for themselves and their families.”

During the year long program, enrollees will earn a minimum of 24 credits at Community College of Philadelphia; complete life skills classes and engage in a student support group. Throughout the program, participants will also be assigned a case manager and have their progress monitored during regular status hearings before the Honorable Sheila Woods-Skipper. If they remain arrest free for one year after completing Future Forward, they will also have their record expunged.

The pilot program is a partnership between the District Attorney’s Office (DAO) and the College and their Reentry Support Project of the Fox Rothschild Center for Law and Society (RSP) with the support of the First Judicial District, the Defenders Association of Philadelphia, and Brown’s ShopRite.

Eligible candidates must be 24-years of age, earned a high school degree or equivalent GED, be charged with a non-violent offense, have no more than one prior non-violent misdemeanor, and no violent offences on their record. They cannot have any outstanding warrants, must meet the College’s admission requirements, be eligible for federal financial aid, and attend the required classes and workshops.

“Community College of Philadelphia is a hub that transports tens of thousands of Philadelphians to a prospering future,” said Dr. Donald Guy Generals, President of the College. “Future Forward provides both access to opportunity and timely supports to Philadelphians who have slipped in life but are willing
to work toward their life goals. Instead of facing a trial and possible conviction, this program provides the opportunity for college credits and the possibility of a future which includes a college degree.”

“Our ShopRite stores are excited to partner with Philadelphia District Attorney R. Seth Williams on his new Future Forward initiative. We have committed to hiring local community members from the inception of our business, including those who have made mistakes in the past. We believe that giving people the opportunity to advance their education and secure a career opportunity, is a life-changing option,” stated Jeff Brown. “We look forward to supporting this program and working with the participants to become successful members of our ShopRite Supermarket team and to ultimately realize a brighter future for themselves and the future of Philadelphia.”

“I would like to thank the Community College of Philadelphia and all of our partners for helping us make today a reality, and to all of the men and women of the District Attorney’s Office and at the College who are excited as I am to get this pilot program fully up and running, let’s get to work,” added Williams.
Participation in Future Forward is voluntary for those who meet all eligibility requirements. Tuition, textbooks, supplies and college fees associated with the program will be covered by federal student aid in the form of a Pell Grant for as long as each participant meets the eligibility requirements.