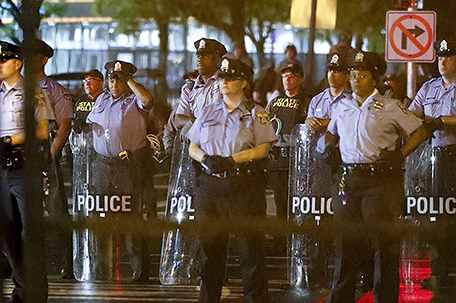 ABOVE PHOTO:  Police watch during a protest at Franklin Delano Roosevelt park in Philadelphia, Thursday, July 28, 2016, during the final day of the Democratic National Convention.  (AP Photo/Alex Brandon)

Philadelphia District Attorney R. Seth Williams announced last week that he is implementing a new protocol to ensure public transparency and accountability whenever an officer uses his or her weapon in the line of duty. The protocol will guide the Philadelphia District Attorney’s Office’s (DAO) investigation when a Philadelphia Police Officer discharges his or her weapon, whether on or off duty, and require public disclosure of the investigation and its outcome.

“Using a weapon is one of the hardest things that a police officer has to do, but too often after a shooting, the public is left with more questions than answers, leading to false accusations and distrust,” District Attorney Williams said. “This new protocol establishes a clear, transparent, and accountable process of review for every police involved shooting. Most importantly, it requires disclosure and explanation to the public of what happened.”

“Philadelphia has been fortunate because we have not seen the problems that other communities have,” Williams said. “I believe that is due to the high caliber and training of our officers and the work that my office has done to fully and fairly review any and all officer involved shootings. But doing everything right if it’s closed behind doors isn’t enough – the people of the City of Philadelphia deserve to know what happened and why.”

The new protocol ensures an independent, fair review of every police involved shooting, transparency throughout the DAO’s investigation, and accountability once it is concluded. The office’s complete investigative file will be made available to the victim’s family, civil counsel, the public and the media for independent analysis. The complete investigative file will include all of the materials the investigative team considered, with the necessary redactions for the safety of the witnesses, minus the Assistant District Attorney’s work product. 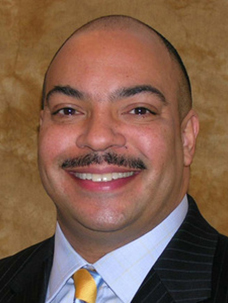 “I commend District Attorney Seth Williams and his office for the tremendous work they have done on protocols for officer use of deadly force procedures,” said David LaBahn, President and CEO of the Association of Prosecuting Attorneys. “The procedures DA Williams announced today are forward-thinking and thoughtful, and will improve the manner in which these cases are handled from start to finish in Philadelphia. This means that the public will ultimately conclude that the process of officer use of deadly force investigations will be done with integrity and in the pursuit of justice.”

Some of the new protocol’s highlights include:

“These new procedures strike an important balance between protecting our community, protecting police, and protecting the public,” added District Attorney Williams. “By having an open, transparent and accountable process of review whenever an officer uses their weapon, the people of Philadelphia can be assured that we remain accountable to the people we serve.”