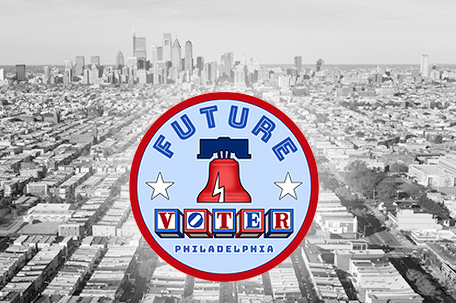 Public online voting ended March 1 to choose a winner of the Philadelphia City Commissioners contest to redesign the ‘I Voted’ sticker that voters receive at the polls on election days held in partnership with the School District of Philadelphia.

The contest was open to all residents of Philadelphia or students of a school in Philadelphia. All told, there were over 150 entries, from which nine finalists were chosen.

The judging team selected three adult finalists, as well as two from each of the college, high school and K to 8th grade categories. Finalists ranged from professional graphic designers, to elementary school students. Designs were digitized as needed.

The winner of the online voting was the design by Katie Fish of Temple University’s Tyler School of Art and Architecture, which garnered 18.48% of the votes.

Christian Belluso, adult, finished second with 14.23% of the votes and Elodie Breslin, elementary school student at Our Mother of Consolation Parish School, finished third with 13.18% of the votes.

In addition to Katie’s design, the judging team has selected a design to serve as a new ‘Future Voter’ sticker, which will be given out to kids who go to the polls with their parents.

This design was created by Mickey Lieberman-Burak, a high school student at Science Leadership Academy. Khara Garcia, graphic designer and art director for City Council, translated the designs into Spanish.

“Congratulations to all of the finalists and thank you to everyone who participated and voted, especially our young people,” said City Commissioner Chairwoman, Lisa Deeley. “Katie’s design is just what I was hoping for, a sticker that is both creative and uniquely Philly.”

“I am also excited that we will be joining other jurisdictions in giving out ‘Future Voter’ stickers. I learned civic responsibility by going with my Mom to vote every election, so when I turned 18, going to the polls was second nature,” Deeley continued. “By having something special just for kids, I hope that it encourages other parents to share the voting experience with their children as well.”

The official vote by the City Commissioners to establish Ms. Fish’s and Mickey’s designs as Philadelphia’s new Election Day stickers, will take place on Wednesday, March 25 at 11a.m. at Temple University’s Tyler School of Art and Architecture.