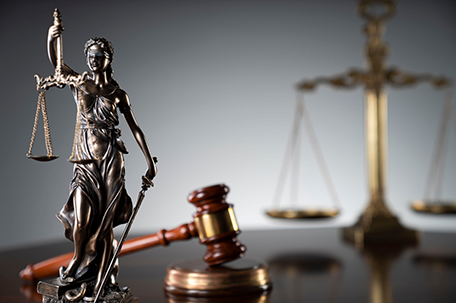 The Philadelphia Bar Association’s Commission on Judicial Selection and Retention has released its final slate of judicial ratings ahead of the May 21 primary election.

The full slate includes four “Highly Recommended,” 16 “Recommended” and seven “Not Recommended” and can be found at: ElectQualifiedJudges.com, an online judicial candidate tool to help voters make an informed decision about judicial elections. The site also now includes ballot positions for each candidate.

Candidates who have been rated to date include those running for judge of the Philadelphia Court of Common Pleas and Philadelphia Municipal Court. The 35-member Commission is independent and non-partisan, and its ratings are based upon extensive study and thorough investigation by its own 120-member investigative division. The members of the Commission include community leaders, the president judges of the Court of Common Pleas and Municipal Court, representatives from the offices of the public defender, district attorney and city solicitor, and representatives from the many diverse legal groups and sections of the Association.

“The Commission’s ratings of judicial candidates are the only non-partisan source for voters in Philadelphia, and its investigations are based on a wide range of objective qualifications for judicial service,” said Philadelphia Bar Association Chancellor Rochelle M. Fedullo. “Judicial elections are often-times ‘low information’ races where voters are overwhelmed by the slate of candidates with little information to make an informed choice. We are committed to providing voters with a simple and helpful way to make an informed decision regarding the qualifications of the judges in the race.”

The Philadelphia Inquirer recently editorialized in support of the judicial ratings effort, calling them “perhaps the only authoritative source of information.”

Candidates rated “Highly Recommended” and “Recommended” satisfied a cumulative review of criteria including qualifications such as legal ability, experience, integrity, temperament, community involvement and judgment. Complete information can be found at ElectQualifiedJudges.com.

“Judicial elections are vitally important to the lives of all Philadelphians, because those elected will be deciding issues of civil, criminal and family law, on matters ranging from imprisonment to financial disputes to child custody,” said Commission chair Teresa Ficken Sachs. “The Commission invests thousands of hours to thoroughly investigate, review and rate the candidates, demonstrating the Philadelphia Bar Association’s zealous commitment to access to justice.”