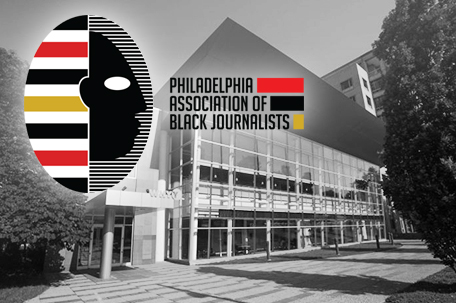 Honorees include award-winning journalists from The Philadelphia Inquirer/Daily News, KYW Newsradio, the founder of FunTimes Magazine, and a Parkside community activist.

The Philadelphia Association of Black Journalists (PABJ) will honor six remarkable journalism, communications and community standouts at its annual Awards and Scholarship Gala on Saturday, November  2, 2019.

As a part of this 46- year tradition, PABJ also will present scholarships to local high school and college journalism students.The annual awards ceremony recognizes exemplary reporting, media management and dedicated community service performed while maintaining a commitment to diverse and inclusive employment and coverage, as well as community empowerment.

Honorees will be recognized during a gala ceremony at the WHYY Studios, 150 N. Sixth Street, Philadelphia (between Race & Arch Streets). The gala will begin at 5 p.m., starting with a dinner reception. The ceremony will follow immediately after the reception.

Journalist of the Year, Print

Mensah M. Dean, an award-winning journalist for The Philadelphia Inquirer, Daily News and inquirer.com, whose reporting on corruption and wrongdoing in public and private sectors has shone a spotlight on what he describes as “the often tangled and sometimes flawed criminal justice system in one of the nation’s most violent cities.”

Journalist of the Year, Broadcast/Online

Cherri Gregg, an award-winning community affairs reporter for KYW Newsradio and the host and executive producer of “Flashpoint with Cherri Gregg,” who produces stories about people of color with sensitivity and nuance, and whose work has exposed cracks in Pennsylvania’s guardianship tracking system, specifically as it relates to low-income people of color.

Eric Nzeribe, a journalist of Nigerian descent, who founded FunTimes Magazine in Liberia over 25 years ago to offer readers a lighthearted respite from the concerns plaguing a country in the throes of a  civil war. Nzeribe later moved to Philadelphia where he now publishes FunTimes, a cherished platform for candid discussion connecting the African American, Caribbean and African communities.

Yvette Ousley, who as a deputy news editor of The Philadelphia Inquirer, Daily News and inquirer.com has challenged conventional wisdom regarding news coverage, and has been relentless in her efforts to insure that the newspapers and website properly reflect the black community.

Michael Burch, co-founder of the Viola Street Residents Association, and the publisher and editor of the Parkside Journal, both based in West Philadelphia. Burch moved away from the Parkside neighborhood where he was born and raised, and later returned to help revitalize what had become a blighted community.

“PABJ is proud to honor this group of outstanding communicators, who despite a rapidly- evolving media landscape, are going above and beyond to cover and illuminate the issues that matter most to Philadelphia’s communities of color.” said Manuel Smith, PABJ President.

Tickets can be purchased at Insidepabj.eventbrite.com.  Limited early bird tickets are now available for $70 and $35 for students. Tickets will not be available at the door. Gala proceeds support PABJ scholarships, professional journalism development workshops and community programming.