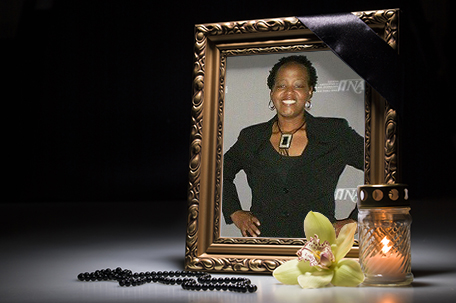 The Philadelphia Association of Black Journalists (PABJ) mourns the death of our past President Monique Oliver.

“She was a fierce and inspiring spirit,” said Sarah Glover, president, National Association of Black Journalists. “I served on the PABJ board with her and followed in her footsteps to become president after her.”

Oliver, a former WPVI-TV and CNN producer, served as PABJ president in 2007 and 2008. During her tenure, the organization diligently sought out new members, especially broadcasters and the fledgling digital journalists. Oliver also championed the relaunch of PABJ’s awards gala in 2005. The event honors the work of outstanding journalists while raising funds for student scholarships. The annual event remains a mainstay of PABJ to this day.

“Monique Oliver’s legacy will live on in generations,” said Melony Roy, president, PABJ.  “Dozens of students have received scholarships through funding from the awards program to help them pursue their dreams of becoming journalists.”

PABJ sends its deepest condolences to the Oliver family, as well as her friends and colleagues.

Services will be held at First Presbyterian Church of Newark (also known as Old First Church) 820 Broad Street, Newark, NJ 07102 (entrance to parking on Lafayette Street, behind the church, on the same premises as the Prudential Center.) The viewing will be Friday, April 7 from 4-8PM (Reflections welcome 6-7PM.) Funeral Service on Saturday, April 8 from 9-10AM. Interment will immediately follow funeral at Evergreen Cemetery in Hillside, NJ and the repast will be held at church following the interment.