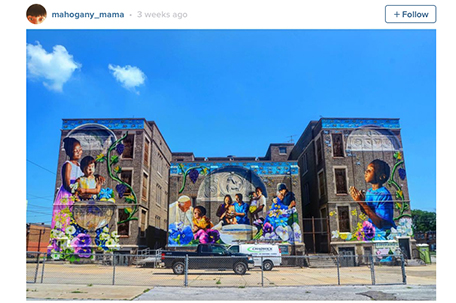 The Philadelphia 2016 Host Committee for the Democratic National Convention announced the winners of a social media campaign that asked users to post to Instagram, Twitter and Facebook what they love most about Philadelphia, using the hashtag #WhatMakesPhilly.

Launched 100 days out from the 2016 Democratic National Convention, on April 16th, Philadelphians and Philly fans have been steadily participating in #WhatMakesPhilly throughout April, May and June. The call for entries closed on June 30, 2016. Three examples of winning posts are shown within this article. 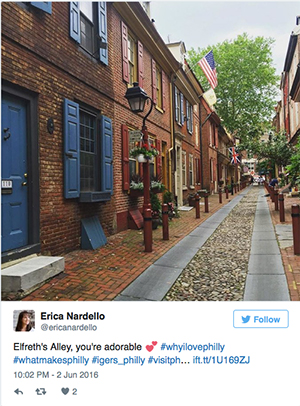 “We are thrilled with the responses we received to this social campaign, which enabled Philadelphians to share what they love most about their city to the delegates and the rest of the world,” said Kevin Washo, Executive Director of the Philadelphia 2016 Host Committee. “Philadelphia is filled with so many unique, interesting things to see and do, and we encourage delegates to check some of them out while they’re in town — and then come back to Philly after the Convention to see and do everything else.”

Each winner will receive a pair of tickets to one of the Host Committee’s Convention Week parties and their social entries will be featured in an online letter welcoming delegates to Philadelphia on the Host Committee website.

The 2016 Democratic National Convention will take place from July 25-28 in Philadelphia.