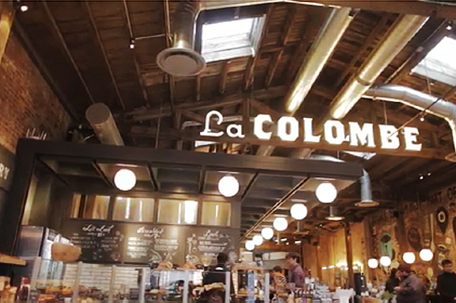 ABOVE PHOTO:  Shot from the “Philly Welcomes You” video.

The Philadelphia 2016 Host Committee for the Democratic National Convention today announced “Philly Welcomes You,” a series of short videos that showcase Philadelphia’s rich and diverse culture. The videos feature Philadelphians representing a variety of backgrounds speaking in their indigenous languages about their favorite parts of Philadelphia. Understanding the many cultures and backgrounds that will be represented by the delegates and visitors coming to Philadelphia for the Convention, the videos are intended to welcome people of all walks of life to the city and highlight some of the many aspects of Philadelphia that make it the vibrant place it is.

“Part of the Host Committee’s role is to welcome Convention attendees to Philadelphia, and this video series allows Philadelphians representing a variety of cultures, backgrounds, and interests to share different aspects of our city with visitors,” said Kevin Washo, Executive Director of the Philadelphia 2016 Host Committee. “Each of these videos provides a glimpse of Philadelphia directly from the people who live here and will help us welcome delegates, guests, and media from all over the country and around the world to Philadelphia this summer.” 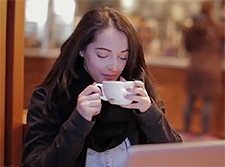 Shot from the “Philly Welcomes You” video.

Each video features an individual speaking about his/her favorite aspect of the city in a his/her indigenous language. The languages spoken in the videos are: Spanglish, Creole, Bengali, Greek and English. The videos were filmed at iconic locations throughout the city, including South Street Bridge, the Philadelphia Art Museum, McGillin’s Olde Ale House, Tyler School of Art, and La Colombe in Fishtown. Each video focuses on different aspects of life in Philadelphia, from nightlife, to arts and culture, to the local café and coffee scene, and more.

The video series consists of nine videos, seven of which were shot by Stephanie Ramones and two by Josue Lora. Ramones edited and produced all nine videos. The project is the brainchild of Laiza Santos, a Host Committee volunteer, who acts a project manager for this initiative. Santos is the Social Media and Marketing Manager for The City of Philadelphia Mural Arts Program and the Social Media Coordinator for the Philadelphia Latino Film Festival. She is a first generation immigrant of the Dominican Republic with descendant roots in Puerto Rico, and uses her background to create multi-cultural content that connects various communities.

Lora is a filmmaker and Latin hip hop artist of Dominican descent living in Trenton, NJ. He created his own audio and visual company, “Lora Productions” in 2015. Through his works, he looks to share his personal experiences while being able to relate to a multi-cultural audience.

The Host Committee will continue to speak with members of the Philadelphia community from various cultures and neighborhoods in an effort to highlight the city’s diversity. Videos will be posted each Tuesday through June.