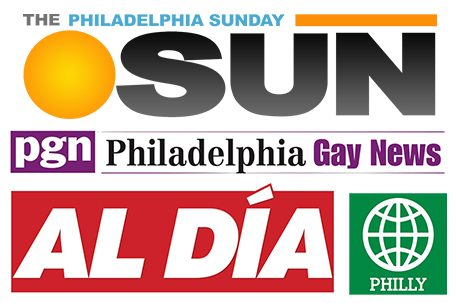 “These media partnerships will help us further spread the word about all the fun things to see and do around the city for both residents and Convention guests during Convention Week,” said Kevin Washo, Executive Director of the Philadelphia 2016 Host Committee. “We are grateful to our local media partners for their support for and dedication to our efforts for this exciting, fun and historic week for our city.”

Philadelphia Magazine is partnering with the Host Committee to provide a mobile-friendly, downloadable “Guide to Philly During the 2016 DNC.” The guide details all of the fun, public events and activities the Host Committee will put on, including PoliticalFest, Donkeys Around Town, Center City Sips and Philly Feast, as well as interesting history factoids and places to visit around town. The guide can be accessed here.

“We are delighted to partner with the Philadelphia 2016 Host Committee in creating this guide, which promotes all of the exciting activities going on throughout the city during this momentous event,” says David Lipson, Chairman/CEO of Philadelphia Magazine. The project was created by City Studio, the magazine’s newly launched in-house creative studio. “Philadelphians have a unique opportunity to participate in politically themed festivities that tap into the city’s historic attractions, cultural institutions, innovative food and drink scene, and more.”

VISIT PHILADELPHIA has been a partner to the Host Committee since the bid phase and has created a dedicated DNC page on its website, visitphilly.com, providing information on fun events and activities taking place around town for the Convention, including Host Committee-specific public events. The organization’s highly-read blog uwishunu.com will also spread the word about things to do during the DNC, including posts on Donkeys Around Town, PoliticalFest, and #DNCDeals, all to help build excitement and create a fun and engaging atmosphere for Philadelphia and the Convention.

CBS 3 has produced a public service announcement, featuring Host Committee Chair Governor Ed Rendell and Mayor Jim Kenney, for the Host Committee that reminds Philadelphians to stay in town and take advantage of all the fun, open-to-the-public events that will be offered around town each day of the Convention.

BEN FM has also produced a public service announcement highlighting the Host Committee’s public events for Philadelphians, Convention guests, and media to participate in during the Convention.

CSPAN is the official media partner for PoliticalFest.

The Philadelphia Tribune and Philadelphia Gay News will act as special media partners for PoliticalFest with historic news items from each of their papers. The Tribune will provide iconic front pages from the last several decades of the paper’s election day coverage, and PGN will provide interviews with former Secretary of State Hillary Clinton and President Barack Obama during the 2008 presidential campaign.

Al Dia will publish a special DNC supplement that will be included in its regularly distributed papers.

The Philadelphia Sunday Sun has acted as a message board for the Host Committee, posting its press releases and related news to its website each time announcements are made, helping to publicize Host Committee news and further spread the word, in addition to devoting two special edition Sun issues to DNC coverage.

Metro Philadelphia is providing ad space to promote PoliticalFest in their Philadelphia circulation and will be publishing a special, glossy DNC edition of its paper.

The Host Committee will continue working with its media partners in the final days leading up to and during the Democratic National Convention, which will take place in Philadelphia July 25-28th.