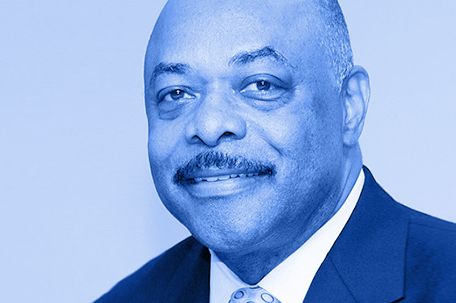 PHILADELPHIA — Philadelphia Federation of Teachers (PFT) President Jerry Jordan has issued the following statement on January 4 regarding the reopening of schools amid the ongoing omicron surge:

“Instead of heeding our call for a 7-day pause on in-person learning to effectively plan for adequate mitigation measures, the District undertook an outrageous eleventh-hour plan that parents and educators alike learned about on social media late last evening. I was stunned yet unsurprised to learn that the list of schools impacted continued to expand until nearly midnight.

“This failure to plan left parents, students, and educators scrambling yesterday evening and today. Amidst a 38% positivity rate in the City of Philadelphia, this approach is simply obscene.

“At nearly every level, today has been chaotic and entirely untenable. From soaring cases to massive staffing shortages in open buildings, the current situation is untenable.

Multiple schools reported that ten or more additional staff members tested positive in their weekly testing this morning. Staffing shortages have impacted every facet of a school’s operation — from teachers, to paraprofessionals supporting students with special needs, to lunchroom staff, to secretaries, to nurses, to climate staff, to administrators, the massive shortages have made functioning nearly impossible.

“Today, building representatives completed a report back survey which detailed conditions in schools today. We received 157 responses, which detailed the following:

Over 90% of schools reported staffing shortages.

Over 50% of schools responding reported staffing shortages of greater than 20% of staff.

Over 83% reported staffing shortages of greater than 10% of staff.

Over 50% of schools responding reported insufficient access to testing supplies.

Over 30% of schools responding reported lack of sufficient air purifiers.

“Building representatives also offered open feedback and below are a sampling of their comments:

“Testers told employees that had a faint line on the test (2x) that they were negative and could remain in building. However, employee health services said that the employee is positive and to leave immediately. We had 4 more positive tests with more still being tested.”

“Staff are worried for the health of students and their families, as well as continuity of education with so many absences of both staff and students.”

“We have no principal, no secretary, no nurse, a counselor out, as well as a classroom assistant and 7 teachers. We expect the same tomorrow.”

“Today we have 20 people out and only 2 guest teachers — with that level of absences is greatly impacting the school.”

“As staff was tested a large number more (10+) were sent home. We did not have staff to cover classes and had to group students from multiple classes in the auditorium with at times on one adult.”

“Our fill rate was about 35%. We had to do 75 internal class coverages that were needed 1/4/21 so 75 teachers lost a prep. This has impacted every single classification from: cafeteria workers, climate staff, paraprofessionals, teachers, secretaries and administrators in our building.”

“We only have one box of student tests with 37 left. Our nurse is trying to get more. She has 5 boxes that are expired.”

“Students’ masks do not properly fit their faces. We do not have the ability to provide multiple masks to students throughout the day who may need a new one (i.e. younger students who need a new mask after meals, etc.). “

“Our principal has put in the orders, but we are constantly told we are awaiting shipment. We’ve been rationing each week.”

“The new mask compliance policy is already not being enforced. Several students are still wearing masks improperly or barely at all, and are just being given warnings.”

“To provide additional context to how today’s fiasco unfolded, it is important to note the following: Before the winter break, I issued a letter to Dr. Hite calling for the immediate implementation of a host of course corrections related to mitigation strategies. These ranged from masking, testing, and accurate data reporting.

“Further, as cases continued to skyrocket over break, I surveyed my membership regarding COVID cases over the break. On our informal self-reporting survey, from December 23rd through January 3rd, 1162 members reported positive cases. Further, 2084 members reported positive cases in their households. I again wrote to Dr. Hite and reported the soaring cases (using the numbers we had as of the letter) and reiterated our concerns with mitigation measures. I called for a seven day pause on the return to in-person learning to plan for an effective and safe approach to the return to in-person learning.

“I am outraged and reiterate the demand for a temporary shift to virtual learning so that the District can adequately plan — with all stakeholders, including the PFT — for what the next several weeks should look like. It’s disgraceful that the week began in the way it did — the district is wasting precious time and leaving communities scrambling.

“The District asks for ‘flexibility and understanding.’ That can only go so far.”