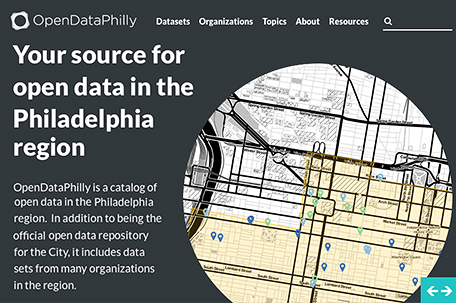 Technology can be a blessing and a curse.  Transparency and access to data at our fingertips is a beautiful thing. However, access to personal data without meaningful privacy protection and controls is a dangerous thing.

Shortly after Christmas, former Philadelphia Mayor, now newly minted CNN political commentator, Michael Nutter, gave the city a gift of the digital kind.  The City released property tax delinquency data on opendataphilly.org.  Information includes homeowner’s name, address and the amount of taxes owed.  The data can also be downloaded directly from the website and developers and tech-savy individuals can use the data to make customized apps at-will.

We downloaded the file here at the Philadelphia Sunday Sun, in excel format, and found the spreadsheet also includes map coordinates. These coordinates can be pasted into any free map coordinate-conversion app, easily found online in abundance with a quick google search, that gives a clear view of your home.

Yes, your home address at the fingertips of anyone who wants it on the spot. A clear view of your home in mere seconds.

It is also worth noting that this spreadsheet and data does not account for the fact that a resident may be on a tax payment plan.  As a resident, your safety could be unnecessarily put at risk for inaccurate data.

However in the age of technology and social media, access to this sensitive data is too easy and available to anyone from the criminal finding their next victim (or planning their next home invasion), to anyone who may have a personal vendetta.

How long has OpenDataPhilly been in existence?

OpenDataPhilly, Philly’s community-run open data portal was launched April 25, 2011 and provided a central catalog of various datasets that were scattered among city web sites and other local organizations. The City of Philadelphia created an open data policy in April of 2012, hired a Chief Data Officer a few months later, and has published over 200 datasets since then.

Does OpenDataPhilly keep track of how many users make apps from the delinquent tax data from the site?

We have analytics around users accessing the data on opendataphilly.org, but one of the great things about open data is that it’s “open” – a user can download that data, build an application, write a news story, or perform an analysis, and share the results of it with thousands of people. You can imagine, though, that it’s hard to track that kind of “reuse.” We have other metrics, however, around datasets that have been released, the estimated demand that they have fulfilled, etc. and we do our best at cultivating a community around open data to keep aware of its reuse.

Can property owners opt to have their data kept private?

The “owner name” and “mailing address” fields of property owners is public information and has thus been included in open data releases, as it has in many other municipalities. It’s been available on the City of Philadelphia’s property search web site for several years, as well as via request.

Any concern the easy accessibility to residential data could jeopardize safety of citizens?

We take public safety and privacy issues very seriously, and have intentionally not published certain datasets, like the voter file, for this reason.  Based on the factors cited above — our research of other cities, the fact that we were already sharing this information on our web site, the benefits of having this information more accessible — the City of Philadelphia publishing the names of property owners is appropriate.

We are not sure if these answers give any sense of security, but clearly there is a threat posed to having this type of data easily accessible. OpenDataPhilly may need to explore further privacy controls so private data does not get in the wrong hands or jeopardize a resident’s safety or even worse cost them their life.