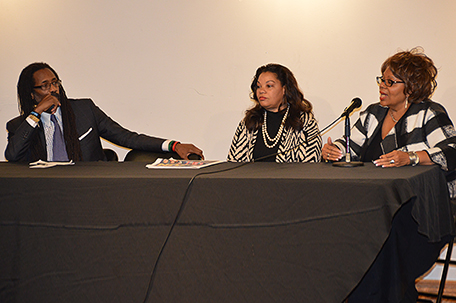 The Philadelphia Community of Leaders (PCOL) along with WURD-900 AM sponsored a free screening of the movie “Black Friday – The Remix” followed by a spirited panel discussion on Friday, November 18, 2016, at the African American Museum of Philadelphia Auditorium.

The auditorium and overflow room were standing room only. The occasion also marked the launch of PCOL’s new “Buy Black” initiative, featuring a phone application designed to aggregate information about local African American-owned businesses and services, as well as share similar information found on existing platforms, such as buyblackmovement.com or webuyblack.com.

The PCOL Buy Black initiative focuses on the vast resources that already exist in Philadelphia’s African-American community and beyond, and the need to patronize those businesses and procure those services with a focus on the greater good, growth, and long-term stability in mind.

The documentary, “Black Friday -The Remix” was introduced by Executive Producer Ric Mathias who explained some of the concepts around the movie, which is a follow-up to “Black Friday: What Legacy Will You Leave?,” released one year ago. His latest film features commentary and discussion from Dr. Boyce Watkins, Ice-T and Chuck D, Les Brown, among many others.

“This is a solutions-based film,” Mathias explained.

One of the key concepts featured throughout the documentary was that practicing collective economics is a conscious choice and habit that must be cultivated and supported throughout one’s life. The circulation of dollars within the African American community must be consistent 365 days a year to make a permanent impact on its survival and growth. 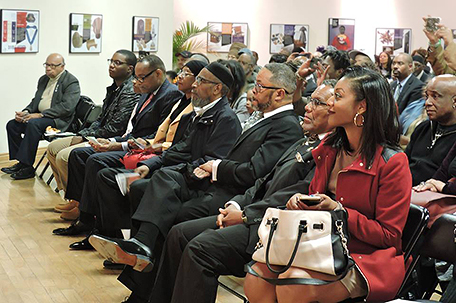 The popular Universal Dance and Drum Ensemble— created 34 years ago by Rob and Wanda Dickerson — opened the program with an energetic performance featuring African drumming and dance by a multigenerational group of their students and members. The organization works with kids in Camden, New Jersey, and the Philadelphia region.

According to the U.S. Census Bureau, Black business ownership is on the rise. The number of Black or African American-owned firms grew 34.5 percent between 2007 and 2012 — from 1.9 million to 2.6 million in 2012. In addition to that, a report from the University of Georgia’s Selig Center for Economic Growth states that Black buying power was forecast to reach $1.2 trillion dollars in 2015, and $1.4 trillion dollars by 2020, a mere four years away. 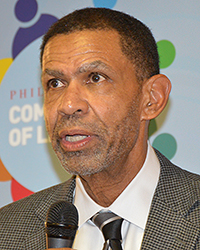 Rahim Islam, Convener of the Philadelphia Community of Leaders, spoke about wealth in terms of culture.

“Culture describes who you are, and what expectations you have in life. We [African Americans] trivialize the solution. Victory is a process…we have to break the cycle of damage.” Islam said.

“What is most important that we recognize tonight, is that this is not about Black Friday,” Dr. Waller said. “This time it is about Black Friday through Kwanzaa, then we’re going to come back and codify what we’ve done. We’re really talking about a lifestyle change. …when we begin to support each other, we can turn this thing around. I believe that Philadelphia is going to turn it around, and I believe it is going to become a model as Philadelphia has been in the past.”

City of Philadelphia Commerce Director Harold T. Epps also emphasized the importance of the long-term perspective, and how Black people have some challenges in that area they must overcome to achieve economic parity. He challenged people to consider every aspect of their lives – whether it be the clothes they wear — and to be intentional about where they spend their money, and with whom they spend it. He likened the process to the sport of running.

“We [Black people] know how to run the 100-yard dash. Let’s show [everyone] how we can run a marathon,” Epps stated.

Universal Companies Founder and Chairman Kenny Gamble, challenged the audience to think outside the box when considering “buying Black” even as they are in the process of growing capacity, industry, and resources.

“We might have to go to Best Buy or someplace like that where refrigerators are sold. We can ask, ‘Do you have a Black salesman?’ and then take all of our business to that salesman. He’ll become the number one salesman in the place. We have to support each other – not just talk about it, but be about it,” said Gamble.

During the discussion, panelists offered insight and their solutions to some of the challenges faced when it comes to African American reluctance to support each other, and how this must be overcome for real success to take hold in the community.

“We don’t put our money in the right places,” Joann Bell explained. “[As a result] we pay for our own oppression.”

“We tell your stories,” Hicks said. “If we take this message [about this latest Buy Black initiative] and work together, we can build a strong community.”

“There is so much Black people can do to help ourselves,” Michael Coard said. “Stop hating on Black businesses- stop painting everyone with a broad brush.”

“If we [Black people] didn’t do the right thing before for ourselves, Donald Trump is going to make us do it.”

Gary Shephard is in agreement. None of this can be achieved without honest, sustained unity.

“The only ones who can save us is us, our faith in God, trust in one another and belief in each other,” he said.

Michael Rashid, the treasurer for PCOL’s Cultural Committee, reiterated his earlier request for attendees to list their businesses or services in real time on the app during the program and fill out the special green cards found on each chair. The cards served as a record of their participation, as well a pledge to continue to self-promote on the app and accompanying Facebook page, and to recommend other businesses and services on a regular basis. He hoped that it would foster “feedback, as opposed to blind criticism” between buyers and sellers. The official hashtag is #BuyBlackPhilly.

Please visit: www.philadelphiacommunityofleaders.org for more information. You can also call (215) 247-1545.