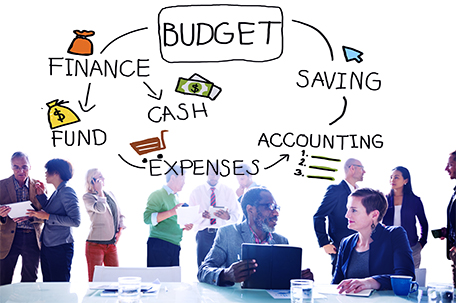 HARRISBURG, Pa.–Harrisburg has become preoccupied with budget process and tactics in recent weeks. But what Pennsylvanians need is a good budget outcome – a budget that reinvests in education, jobs and communities using revenues from a severance tax, provides property tax relief and puts the state’s fiscal house in order.

To refocus attention on the key budget choices that legislators and Gov. Tom Wolf must make, the Pennsylvania Budget and Policy Center launched “Why the Budget Matters – Let’s Count the Ways.”

These regular communications highlight specific differences between the priorities in – and values expressed by – the budget Gov. Wolf unveiled in March and HB 1192, the budget passed by House and Senate Republicans in late June. (HB1192 is also the budget the legislative majority is using as the basis for a Senate stopgap funding bill). This series will let Pennsylvanians count for themselves the many ways that a sustainable investment budget will positively impact real people.

Gov. Wolf’s 2015-16 budget would begin to restore – by $18.3 million — the funding cut from community-based mental health services in 2012-13, with the remaining funding restored in equal installments over the next two state budgets.

The Republican budget would not restore, for the third year in a row, any of the funding cut from community-based mental health services.

The impact of the 2012-13 budget cuts on mental health services varied by county. Just a few examples, from a survey by the Pennsylvania Association of County Administrators of Mental Health and Developmental Services, include:

•  Cambria County made the difficult decision to no longer be a provider of outpatient mental health services, which impacted more than 2,000 individuals. The county had been the largest provider of such services.

“After four years of cuts and underfunding that have drastically curtailed community-based mental health services across the state, we want to move forward with a fiscally responsible budget that will help restore much needed services for thousands of people,” Sue Walther, executive director of the Mental Health Association in Pennsylvania, said.

For a comparison, by county, of proposed funding for mental health services under the Wolf and Republican budget proposals go to this link on https://pennbpc.org/wayno10mentalhealth.