Participation is Power: 2nd Annual Mentoring Conference was A Success! 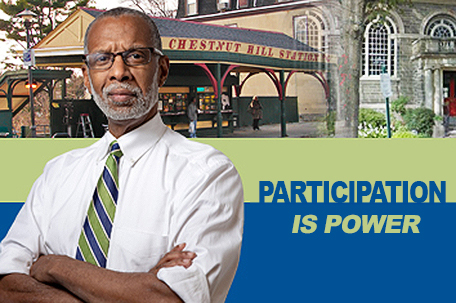 This January, we have supported the launch of the Mentoring Collaborative by the Urban Affairs Coalition which allows organizations to apply for funding and obtain training to mentor youth in the Philadelphia area.

Sharmain Matlock-Turner, President & CEO of The Urban Affairs Coalition; Tivoni Devor, Senior Partnership Manager, The Urban Affairs Coalition; Robert Listenbee, Esq., First Assistant District Attorney, Philadelphia District Attorney’s Office;  Elleanor Jean Hendley, Founder & CEO Teenshop, Inc. and Congressman Dwight Evans were among the speakers who discussed their involvement in mentoring throughout the years.  Their presentations were both motivating and inspiring, as they have contributed to the success of hundreds of youth in Philadelphia and surrounding areas.

Through the Mentoring Collaborative facilitated by the Urban Affairs Coalition, this support will increase mentoring in our neighborhoods.  This Collaborative will improve the lives of many youth and allow them positive avenues of opportunity so they can grow up and pay it forward and mentor youth in their communities. Grants ranging from $500 to $5,000 may be available to support youth mentoring programs.