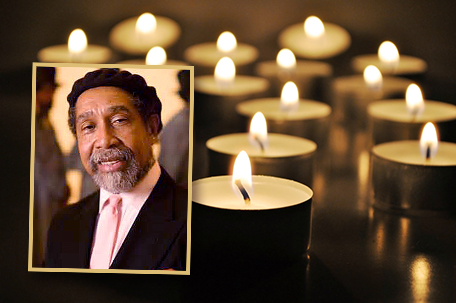 The Pennsylvania of the Fine Arts community is deeply saddened by the passing of alumnus Barkley L. Hendricks, who throughout his artistic career made pioneering contributions to painting, and is best known for his commanding and provocative life-sized portraits.

A Philadelphia native who earned his Four-Year Certificate in 1967 from PAFA, where he was a student of Louis Sloan, Hendricks created commanding and sometimes confrontational images exploring the cultural complexity of African-American identity and transforming his subjects from ordinary people into — literally and metaphorically — larger-than-life figures.

“Barkley Hendricks is one of PAFA’s most distinguished alumni and an important artist in the history of American figurative art, and gave voice to the African- American community through his portraits of everyday people,” said David R. Brigham, PAFA President and CEO. “As we mourn his passing, we can take comfort in the knowledge that his powerful work will continue to influence artists for generations to come.”

PAFA in 2009 presented the groundbreaking exhibition “Birth of the Cool”, Hendricks’ first career retrospective, which included 57 paintings. During the course of the exhibition, Hendricks presented a public lecture and critiqued current students’ work at PAFA. The exhibition was accompanied by an array of programs, lectures and a symposium.

“Barkley Hendricks was an innovative artist whose deeply original work has had an enormous influence on a younger generation of figurative painters.  Outspoken and unapologetic, he painted subjects that are empowered and confident,” said Clint Jukkala, Dean of the School of Fine Arts. “A prolific painter and photographer, Hendricks was also a dedicated teacher, having been a Professor at Connecticut College and as a visiting critic at numerous schools including PAFA, where he served as a mentor to our students.”

“It was through PAFA that I explored regions of the planet that at that time were considered less important as far as the art world was concerned,” Hendricks recalled several years ago for an alumni profile of his life and career. “I looked at myself as a rough gem, and the Academy helped to polish it.”

After PAFA, Hendricks earned his BFA and MFA at Yale. He is the recipient of many awards and fellowships, including the deCordova Sculpture Park and Museum’s Rappaport Prize in 2016, the President’s Award from the Amistad Center for Art and Culture in 2010, and a Joan Mitchell Foundation Award in 2008.