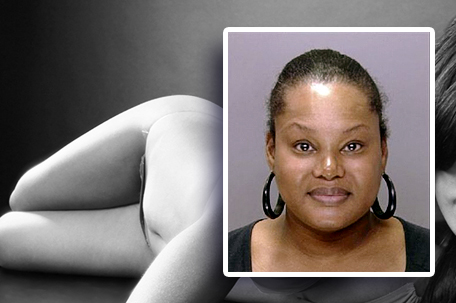 Last week, 43-year-old Padge Windslowe was convicted by a jury of her peers of third degree murder, aggravated assault, and two counts of possession of an instrument in crime.

“What Ms. Windslowe did was nothing short of deplorable and so I am thankful to the hardworking jurors who recognized that she needed to be held accountable for her actions,” said District Attorney Seth Williams. “I’d also like to send my condolences to the Aderotimi family and to Claudia’s friends, and to thank Assistant District Attorneys Carlos Vega and Bridget Kirn for their hard work and diligence in prosecuting this case.”

On February 7, 2011, 20-year-old Claudia Aderotimi came from England to the United States after seeing an internet posting advertising body enhancements. Ms. Aderotimi was injected in her buttocks with a needle filled with silicone by Windslowe. Shortly after the injection, she experienced chest pains as the silicone traveled through her system and into her blood stream and organs. Ms. Aderotimi died a short time later. The Medical Examiner ultimately determined that Ms. Aderotimi died as a result of a pulmonary embolism from the silicone injection.

Even after Claudia’s death, Windslowe continued to perform procedures. She injected a young Philadelphia woman, who also suffered a pulmonary embolism, with silicone. Fortunately, the Philadelphia woman survived the treatment, but she will be forced to deal with the effects of the treatment for the rest of her life.

On February 29, 2012, Windslowe was arrested in East Germantown at a “pumping party” where it’s believed she was about to perform more procedures similar to the one that killed Ms. Aderotimi.