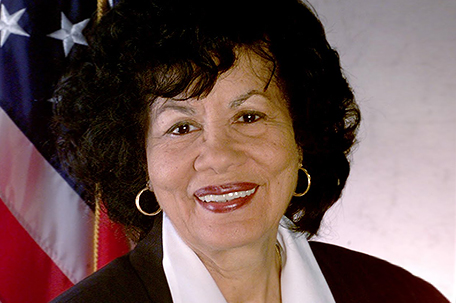 December 19, 2015 Category: Local Posted by: Philadelphia Sun Staff
Special investigation has led to a total of five pleas
Philadelphia District Attorney R. Seth Williams announced Tuesday that PA State Rep. Louise Williams Bishop has pled to one count of Statement of Financial Interest which is an ungraded misdemeanor in violation of 65 Pa.C.S. § 1105. She will be placed on six months of probation, agree to resign from office immediately, and pay $1,500 in restitution and $5,000 in prosecution costs.
“The withdrawal of the defense’s motion of selective prosecution based on race clearly shows that the investigation and prosecution of these elected officials was never based on race. The plea and subsequent conviction of Ms. Bishop shows that I have done what my office has been charged by the citizens of Philadelphia to do: fight corruption and make this city safe,” said District Attorney Williams.
“Personally, today’s announcement has marked the end of a difficult chapter in this special investigation because I’ve known Rep. Bishop since I was four years old and tremendously respect her and her work as a community leader, elected official, radio personality and member of the clergy, but she did the right thing today by not contesting the facts we presented in court and withdrawing her motion.”
Recorded evidence showed that Bishop accepted and did not report a gift of $1,500. The same special investigation has yielded pleas from the following elected officials:
The remaining elected official charged in the District Attorney’s ongoing investigation is PA State Rep. Vanessa Lowery Brown. Rep. Lowery Brown’s next listed court date is January 11, 2016.