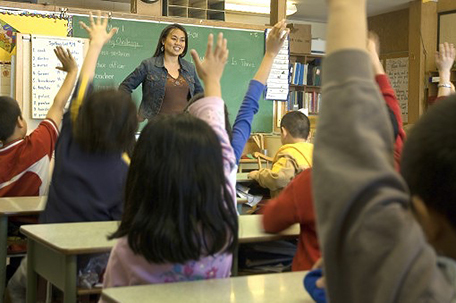 HARRISBURG, Pa. – The budget impasse between Gov. Tom Wolf and Republican legislators has schools scrambling to keep their doors open.

“Schools are going back to work with less resources, with less educators, with total pandemonium as far as having any idea what their budget is,” he said.

Wolf’s budget would add $500 million to education, paid for by imposing an extraction tax on gas drillers. Republicans want to pay for any increased education funds by changing pensions for future state workers and school employees.

Crossey said those changes would cut public workers’ retirement security by as much as 70 percent.

“But it’s also not good for Pennsylvanians because it adds to the unfunded liability of the pension plan,” he said. “It will cost taxpayers more in the long run.”

Pennsylvania is 45th in the nation for state support of public schools. A large part of every school district’s budget comes from property taxes.

Crossey said the financial stress of this budget showdown is not being shared equally.

“The disparity between middle class and wealthier school districts and the poorer communities is going to get worse and worse the longer this budget impasse lasts,” he said.

Twelve years ago, a budget battle over education funding lasted until December. Some reports indicate that Philadelphia, the state’s largest school district, could run out of money in October.