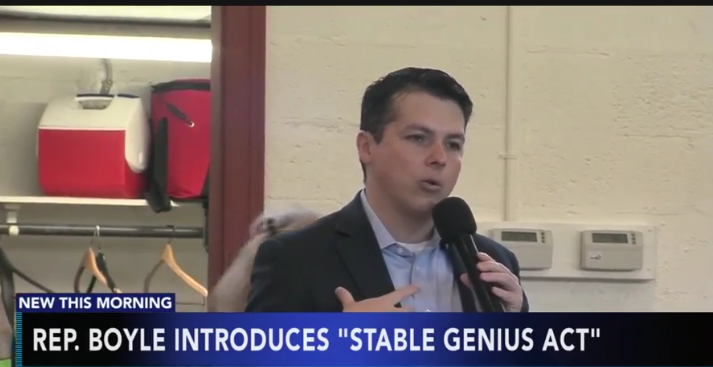 A Pennsylvania lawmaker has introduced a new bill requiring presidential candidates to undergo full medical exams and release the results to the public.

Representative Brendan Boyle’s ‘Stable Genius Act’ comes almost a week after President Donald Trump responded to claims made in a new book, which raises questions about the President’s mental stability.

“I went from VERY successful businessman, to top T.V. Star….to President of the United States (on my first try). I think that would qualify as not smart, but genius….and a very stable genius at that!” the President tweeted.

Trump will have his first known medical exam since taking office this Friday.