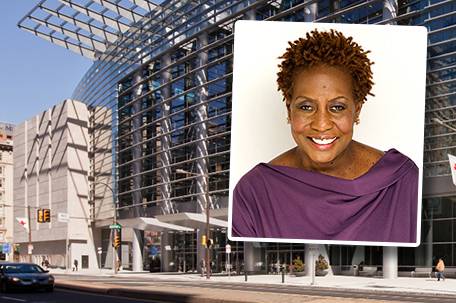 The Board of Directors of the Pennsylvania Convention Center Authority (PCCA) last week approved an 18-month consulting agreement with former President and CEO Ahmeenah Young, who officially stepped down from her duties overseeing management and operations of the Center on Friday, December 6.

Under the arrangement, Young will serve as a consultant to SMG, which assumed responsibility for the management and operations of the Center effective December 1.

“Ahmeenah Young has been an influential voice in the tourism and hospitality industry in Philadelphia for nearly three decades and we appreciate her service and leadership,” said Gregory J. Fox, Chairman of the PCCA Board of Directors.  “This agreement will enable the Center and SMG to continue to utilize Ahmeenah as a valuable resource and call upon her experience, talents, and insights during this transitional period with SMG.”

During her tenure as President and CEO, Young oversaw the Center’s $786 million expansion which increased the site’s footprint of saleable space to more than one million square feet; achieving 32 percent participation of minority and female owned businesses, and more than 42 percent minority and female employment; and completing the expansion before the scheduled date of completion and under budget.

She also played – and continues to play – an active leadership role in the region and local Philadelphia community utilizing her extensive experience, expertise and knowledge in government, business and nonprofit organizations focused on diversity, economic development and arts and culture for the enhancement of the community.

Under the consulting agreement, Young will be paid $460,000 over the 18-month period.