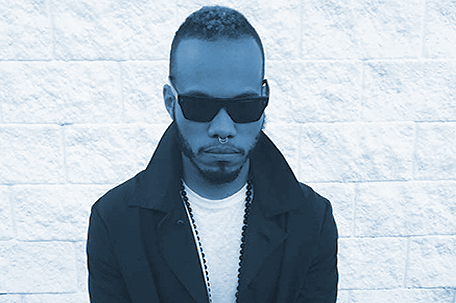 Musician Anderson .Paak touched down in the Northern Liberties section of Philadelphia at The Fillmore for Andy’s Beach Club World Tour this past Sunday night. There was barely breathing room as excited concert attendees packed the venue in anticipation of the show to highlight the musician’s third album.

Tayla Parx, a singer-songwriter, opened the show with recent hits from musician Ariana Grande’s fifth album, “Thank You, Next.” She did a good job hyping up the crowd and preparing everyone for what was to come.

Anderson was joined by his band, The Free Nationals, composed of his best friends who also have their sophomore album out titled, “Beauty and Essex.” They initially performed behind a veil to suggest some anonymity and finally dropped it to give the crowd what they wanted — a really good show with live instrumentation. The Free Nationals initially excited the crowd with “Malibu” album favorite “Come Down,” performed under red lights.

“Oxnard,” was produced by hip hop legend Dr. Dre and definitely has a West Coast vibe that flows throughout the songs. From the slow jam 90s homage “Anywhere,” which features Snoop Dogg to the politically charged “6 Summers,” this album goes from mellow to party in an effortless way.  The show consisted of bright lights, a projected screen behind the stage that featured graphic changes and the singer’s famous tagline “Yes Lord!” to provide the audience with a sing-along portion of the concert. The musicians switched gears from Oxnard favorites to Malibu bangers “Heart Don’t Stand A Chance,” “Put Me Through,” and “Am I Wrong.”

This was a multi-faceted show with performances from the NxWorries project as well. Fans were amped on the energy from start to finish and Anderson was highly appreciative of the mood specifically because a majority of his family is from Philadelphia. He moved from center stage, back to his drum kit and to both sides of the stage to make sure everyone was engaged with the music that kept everyone dancing and jumping the entire time.

Andy’s Beach Club World Tour was well received by music lovers of all ages in Philadelphia and left many anticipating Anderson .Paak’s return to the city to jam once again.