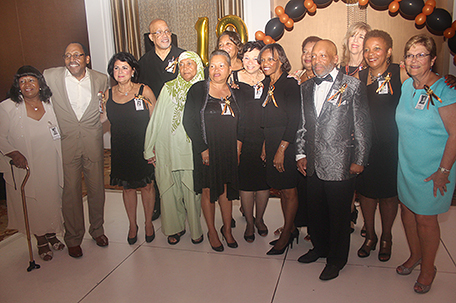 The Overbrook High School class of 1967 celebrated a golden reunion on August 19th at the Hilton Hotel in Philadelphia. The theme of Overbrook’s 50th reunion was “Yesterday, Today and Tomorrow.”

“It was truly a night to remember with our classmates who were brave and bold but continue to make themselves sensitive to the world’s problems and contribute to live in peace and not pieces,” said Overbrook’s Class of 1967 student government president, Wayne E. Butcher.

The evening began with a meet and greet cocktail hour. As you can imagine, there were lots of hugs, smiles, laughter, and reminiscing. Butcher and class president Rosemarie Walden Henry made warm welcoming remarks.  More than 200 classmates traveled from near and far from Washington State, Arizona, Florida, Alabama, Mississippi, Georgia, Michigan, Oregon, Ohio, California, Illinois, Nevada, Maryland, Delaware and New York for the milestone occasion. Beyond the marble halls of Overbrook, many graduates went on to careers in law, government, education, medicine, politics, communications and more. 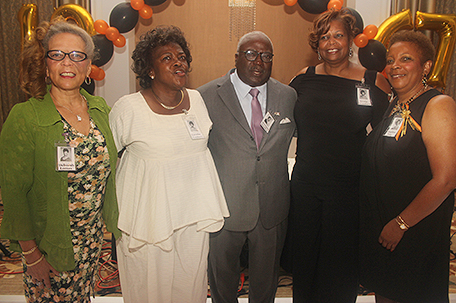 Highlights of the evening included special recognition of retired Overbrook science teacher and 1967 Overbrook Class sponsor, Saunders Issod, who was accompanied by his wife. Music by DJ Samuel Edwards had just about everyone on the dance floor. 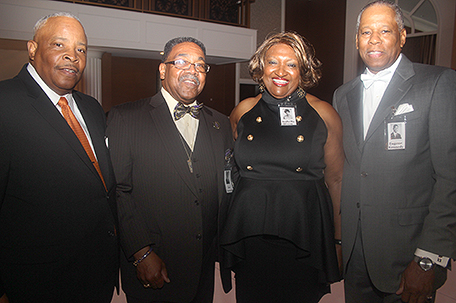 Reunion committee members shared their thoughts during this time of reflection.

“A successful team is comprised of individuals with unique talents that blend together working toward a common goal or cause,” said Vincent Agnew. “The OHS class of ’67, 50th Reunion Committee is -more indicative of this team definition.”

Those are just a few of the words of wisdom from individuals who have been blessed to become mature adults and graduates of Overbrook High School in West Philadelphia.

It was another great time “Around Town in Philly.” Best wishes to all members of Overbrook High School, Class of 1967!