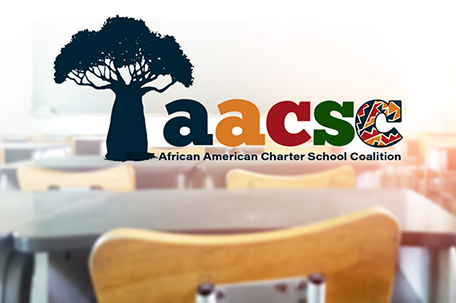 For the last several months, the African American Charter School  Coalition (AACSC) has been raising awareness through their #BlackSchoolsMatter campaign about  the importance of Black-founded and Black-led public charter schools being a permanent part of the  educational landscape here in the city of Philadelphia. The campaign has also advocated for equity in  education, with the goal of ending racism, bias, and discriminatory practices in the School District of  Philadelphia’s process of public charter school oversight, renewal, and expansions.

AACSC has also been advocating to pause non-renewals of public charter schools until an  independent investigation can be conducted to examine whether the District’s evaluation process for  renewals is fair, equitable, and above reproach.

Based in part on AACSC’s advocacy, on April 15, the  Charter School Office (CSO) announced that as a result of the global pandemic, it would be difficult to  properly and fairly evaluate schools — given the significant changes schools have had to implement as  a result of the pandemic — and therefore would not be recommending any non-renewals for this year  and next year’s cohorts. Instead, the CSO recommended that the District’s Board of Education grant  renewals – some with conditions, some without, and some with surrender clauses.  Also, the Board of  Education has recently acknowledged that they are planning to conduct an independent investigation  of their renewal evaluation process.

While we are glad to hear that the Charter School Office is recommending renewals for schools in this  year’s cohort, we are extremely concerned that they’ve added the condition of a surrender clause  because this provision is actually worse than a non-renewal.

It closes a school or turns it back over to  the District without the school having due process or an opportunity to appeal the Board’s decision to  the state Charter Appeals Board. Essentially, it just takes the schools rights away that are very clearly  provided for in PA’s Charter School Law, and we believe this is unconstitutional.

According to the Pennsylvania Appellate Advocate, “The 1968 Constitution guaranteed all litigants a  right to appeal to a court designated by statute.  In addition to the right of appeal Art. V, § 8  guarantees, the Pennsylvania Constitution also contains an additional guarantee in Article I, the  Declaration of Rights. Art. I, § 11 provides that: All courts shall be open; and every man for an injury  done him in his lands, goods, person or reputation shall have remedy by due course of law, and right  and justice administered without sale, denial or delay.

Suits may be brought against the  Commonwealth in such manner, in such courts and in such cases as the Legislature may by law  direct.  From this we can conclude that the framers of the 1968 Constitution intended that the right to  appeal be universally available to those litigants aggrieved by the actions of their government or by  another person or entity.”

On April 20, AACSC penned a letter to the CSO sharing our serious concerns about the use of surrender clauses for charter renewals because surrender clauses are synonymous with automatic  closure policies. It doesn’t seem plausible for the District to acknowledge that charter schools have  insurmountable hardships that are present as a result of the global pandemic and that these hardships  are not likely to be resolved over the next 2+ years, but then insert landmines along the road  to recovery.

The District has no written policy nor a written definition regarding the use of surrender clauses and  has admitted that surrender clauses are not universally applied because they are uniquely defined and  implemented based on each school.

We believe that the District’s plan to use surrender clauses will  further exacerbate the biased and discriminatory practices within the CSO which has led to 87% of all  charter school closures being minority-led schools when we only make up 19% of the charter  community. A surrender clause forces charters to give up their right to appeal and that is un-American.

A recent study done by the University of Arkansas gives evidence that automatic closures target Black schools and Black students. Philadelphia School District’s Board of Education and the CSO continues to hold Black founded and Black-led public charter schools to standards that are not equitably or universally applied  to all charters in the District, nor standards that the District holds for its own schools.

We have attempted to address this privately with the District through letters and meetings, but the School  Board has taken retaliatory actions towards the schools that have made allegations of biased and  discriminatory practices. We believe the District should provide renewals for all 14 schools in this  year’s cohort and surrender clauses should not be in any of the language which, again, is the Board of  Education’s backdoor way to close a school.

To view the University of Arkansas study results, go to: www.edre.uark.edu/_resources/pdf/charterschoolclosinginequities.pdf