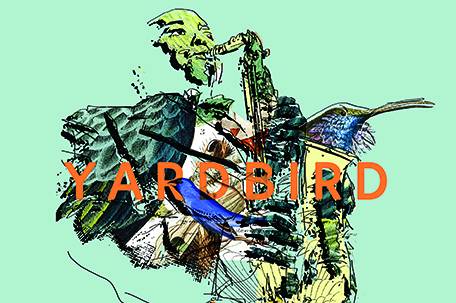 David B. Devan, General Director and President of Opera Philadelphia, last week announced the commissioning of a new opera based on the life of legendary saxophonist Charlie Parker (1920-1955), one of the most influential soloists in the history of jazz and a central figure in the development of bebop. American tenor Lawrence Brownlee will star as Parker in a work written for him by composer Daniel Schnyder, with a libretto by poet and playwright Bridgette A. Wimberly. Soprano Angela Brown will costar as Charlie’s mother, Addie Parker. The opera is being developed in partnership with Gotham Chamber Opera.

"Charlie Parker’s YARDBIRD" will receive its World Premiere in June 2015 in the Aurora Series for Chamber Opera at the Perelman Theater, capping Opera Philadelphia’s 40th Anniversary Season, which will also feature the East Coast Premiere of Oscar by Theodore Morrison and John Cox. Both works are a part of the company’s American Repertoire Program, a commitment to produce at least one American work in each of ten seasons. Opera Philadelphia’s full 40th Anniversary Season will be announced on February 18, 2014.

"Since launching the American Repertoire Program in 2012, Opera Philadelphia has been committed to supporting composers who are telling American stories, and in "Charlie Parker’s YARDBIRD" we will chronicle an iconic musician whose triumphs and tragedies are truly operatic," Devan said. "Daniel Schnyder and Bridgette Wimberlyare crafting a work that captures Charlie Parker’s complex musical genius and troubled life in an engaging an honest way. We are honored to bring together a diverse group of artists, some of whom are new to opera, to create a work that will expand the boundaries of operatic music through the influence and infusion of Parker’s music."

The opera will be conducted by Corrado Rovaris, Opera Philadelphia’s Jack Mulroney Music Director, who first met Schnyder in 2011. "I was taken with his compositional style," said Rovaris, who suggested Schnyder consider composing a piece for Brownlee. "When Daniel listened to Lawrence Brownlee, he immediately likened the color of his voice, the virtuosity of his singing, and his technical command to that of Charlie Parker. Thus, the idea for the opera was born."

March 12, 1955. New York City. Charlie Parker is dead. But nobody knows it yet. In that twilight between the here and the hereafter, Parker sets out to write his last great musical work. As he composes, he revisits the inspirations, demons, and women who fueled his creative genius. As a chamber opera, "Charlie Parker’s YARDBIRD" invites the audience directly into the mind and heart of a musical genius. Set after-hours in the famed New York City jazz club Birdland, the intimacy of the surroundings and the small supporting cast shine a spotlight onto tenor Lawrence Brownlee as Parker and soprano Angela Brownas his mother, Addie. Additional characters in the opera include fellow jazz great Dizzy Gillespie (charismatic baritone Will Liverman), who once described Parker as "the other half of my heartbeat," along with Charlie’s first, third and fourth wives (Rebecca, Doris and Chan), and his friend and patron, Baroness Pannonica de Koenigswarter, in whose apartment Parker died.

The most in-demand American tenor in the world in the bel canto repertoire, Lawrence Brownlee continues to stupefy audiences with the power and agility of his instrument. From firmly American roots, Brownlee has become a star on the international scene, performing opposite the leading ladies of contemporary opera, and lauded continually for the seemingly effortless beauty of his voice. The character of Charlie Parker will be a dramatic stretch for Brownlee, whose repertoire almost exclusively consists of bel canto roles.The tenor enjoys a deep connection to Opera Philadelphia, having won the company’s Alter Award for Artistic Excellence in 2007. He was winner of both the 2006 Marian Anderson and Richard Tucker Awards, a feat never before achieved by any artist in the same year.

Soprano Angela Brown, well known for her leading roles at the Metropolitan Opera as well as her touring recital, "Opera…from a Sistah’s Point of View," will portray the role of Charlie’s mother. Brown has a long association with Opera Philadelphia, having performed the role of Cilla in the East Coast Premiere of "Margaret Garner," as well as the title roles in "Aida" and "Ariadne auf Naxos," and leading roles like Elisabetta in "Don Carlo," Leonora in "Il Trovatore," and Bess in "Porgy and Bess."

Composer and performer Daniel Schnyder has a dynamic reputation in both the classical and jazz fields. An accomplished saxophonist, he has toured Europe and Australia with his trio, playing the music of Gershwin, Bach, Vivaldi, Wagner and Ellington in addition to his own new compositions bridging the worlds of classical, jazz and world music.

Award winning poet and playwright Bridgette A. Wimberly has been Schnyder’s collaborator in the development of "Charlie Parker’s YARDBIRD." Wimberly, who was mentored by Pulitzer Prize-winning playwright Wendy Wasserstein, is the author of eight plays and made her off-Broadway debut to sold-out houses in 2001 at the Women’s Project with her first play, "Saint Lucy’s Eyes," starring Ruby Dee. Director Ron Daniels brings to the project his extensive experience in multiple genres, including opera, theater and film.

Opera Philadelphia is committed to embracing innovation and developing opera for the 21st century. The company’s American Repertoire Program produces an American opera in ten consecutive seasons. The first opera in the initiative was "Dark Sisters" by Nico Muhly and a libretto by Stephen Karam, performed as part of the Aurora Series at the Perelman Theater in June 2012. "Dark Sisters" was co-commissioned with New York’s Gotham Chamber Opera and Music-Theatre Group. The most recent work in the American Repertoire Program was "Silent Night," a co-production with the Minnesota Opera, featuring music by composer Kevin Puts, for which he won the 2012 Pulitzer Prize in Music, with a libretto by Mark Campbell.

Additional announced co-commissions include "A Coffin in Egypt" by Ricky Ian Gordon with a libretto by Leonard Foglia, scheduled for the Aurora Series for Chamber Opera at the Perelman Theater in June 2014; "Oscar" by Theodore Morrison, with a libretto by the composer and John Cox, slated for the Academy of Music in 2015; and "Cold Mountain" by Pulitzer Prize-winning composer Jennifer Higdon with a libretto by Gene Scheer, produced at the Academy in 2016. "A Coffin in Egypt" is co-commissioned and co-produced with Houston Grand Opera; both "Oscar" and "Cold Mountain" are co-commissioned and co-produced with The Santa Fe Opera. For more information, visit www.operaphila.org.