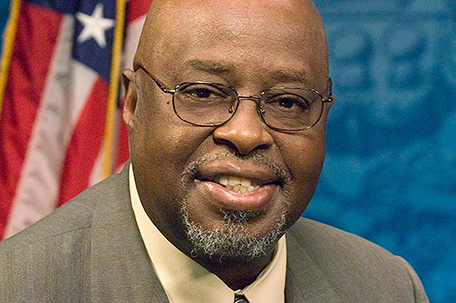 (Note: This letter written by Harold James, retired member of the Pennsylvania House of Representatives and retired member of the Guardian Civic League in defense of Democratic candidate for Sheriff and current president of the Guardian Civic League Rochelle Bilal was originally sent to Stan Wischnowski, executive editor and senior vice president of the Philadelphia Inquirer and Inquirer.com and Gabriel Escobar, editor and vice president of the Philadelphia Inquirer, Inquirer.com and the Daily News on September 30, 2019.)

As a proud member of the community, this letter brings me, retirees and some members of the Guardian Civic League deep concern in the way news is covered and reflected within African American leadership in the City of Philadelphia.

Former Guardian Civic League president and former Sheriff John Green plead guilty to charges that were presented during his time leading the Philadelphia Sheriff’s Office. In a court of law, Mr. Green mentioned that he was destitute. Due to this fact, I chaired and hosted the effort alongside past presidents Jimmy Ghee, William Blackman and some of the retirees of the Guardian Civic League. I went to Rochelle Bilal with a heavy heart, asking her to allow the retirees of the membership to host and fundraise for John, knowing at the age of 72 years old his family would suffer through this process.

Knowing the kind of woman Ms. Bilal is — forgiving, compassionate and ethical — I asked her help to allow us to conduct this function at the Guardian Civic League, not knowing the crucial implications that would arise because of who she is and what office she is seeking.

‘The Philly Clout’ by Chris Brennan as described on Twitter, ‘people, power and politics @phillyinquirer. You know stuff. We want to hear about it. [email protected]” is an example of what readers regard as questionable reporting of the facts and his so called political “intelligence”.

On September 20, 2019, reporter Chris Brennan wrote a scathing article about the current President of the Guardian Civic League, Ms. Rochelle Bilal and her comparison to former President of the Guardian Civic League, Mr. John Green. In this piece entitled: “ Philly’s next sheriff is throwing a party for a former sheriff before he goes to prison I Clout”, Brennan indicated untruths and a blatant disregard for the truth that needs to be immediately corrected.

For example, in the article he stated, “she will follow the quaint city custom of throwing a party for a corrupt politician headed to federal prison. She’s asking for “generous donations.” False. Ms. Bilal at no point verbally or in a (Facebook.com) social media post ask the public to provide generous donations. What she did was take our flyer and post it on her personal Facebook page and not of the active organization Facebook page (Facebook.com/GCLeague).

Because Ms. Bilal did not respond to Brennan in the fashion he deemed fit, he then decides to use Ms. Bilal personal Facebook posts to act as if it’s ‘her voice’ on this particular issue to provide the public with a distorted point-of-view for the next incoming democratic nominee, first elected African American woman to govern the Philadelphia Sheriff’s Office.

Moreover, Brennan’s approved print article posted inside the Philadelphia Daily News on September 20, 2019 had even more of a stunning review of Brennan’s insight, this time with a new header, “Little going-away party, from one sheriff to another” (photograph was included in enclosed documents) featured with a ¼ page photo of Ms. Bilal and Mr. Green side by side was indeed telling of the character of the reporter.

The personal attacks on Ms. Rochelle Bilal, especially for someone who stands for change and prosperity for all is not only unsettling but disparaging.

Lastly, when the fundraiser was held to help support Mr. Green’s family on September 21, 2019 another reporter wrote a piece, Rob Tornoe. Upon his arrival, he indicated he was there to cover the fundraiser. Shockingly, as a reader of his previous work, he covers sports, so seeing him at a political event was perplexing to say the least. Nonetheless, upon his arrival, we gave him a printed program of Mr. Green that indicated his accomplishments and why ‘we’ the retirees of the Guardian Civic League were saluting him for his previous community impact. When I read his digital piece,”Donations welcome at a salute to Philly ex-sheriff – before he goes to prison” where there was no mention of the program (program included in enclosed documents) submitted to him to correct the record that Ms. Bilal hosted, championed and pretty much promoted the event on the Guardian Civic League behalf- I was again shocked and disappointed.

Messrs. Stan and Gabriel, this letter is to provide an in-depth contextual review of the narrative being individually created by your staff writer(s) to provoke the public to do what they’ve elected not to do on May 21, 2019, which is get rid of the sheriff’s office. Your paper has outwardly stated its position via the inquirer editorial board. Before this issue of presumptuous corruption goes beyond the initial damage it has already caused Ms. Bilal as the current President of the Guardian Civic League and as an elected Democratic Nominee for Philadelphia Sheriff, I am asking that the Executive Editor and Vice President of this region’s largest newspaper, The Philadelphia Inquirer and the Philadelphia Daily News, correct your reporting and provide an immediate apology to Rochelle Bilal for the hardship this has caused her reputation of which has ruined the initial hope for many of the 66,000 + of voters who elected her on May, 2019 and to her family.