On The Record For The Kids 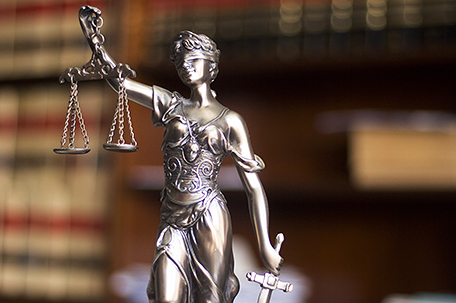 At a forum focused on juvenile justice issues, seven of the men and women running  for District Attorney talked about the ways they’d improve how the office deals with young offenders.

While much of the race for District Attorney has centered on adult issues, the person who takes over for current DA R. Seth Williams is going to have to deal with a juvenile  criminal justice system that doesn’t always fit the juveniles in it.

On Tuesday, students, their parents and other concerned adults came to the Benjamin Franklin High School auditorium to ask the candidates running for District Attorney what they intend to do to make things more just for young offenders.

Candidates Democratic candidates Teresa Carr Deni, Tariq El-Shabazz, Joe Khan, Larry Krasner, Rich Negrin, and Jack O’Neill and Republican candidate Beth Grossman, responded to scenarios, many of them personal, put forth by young people who had either interacted with the juvenile justice system or knew someone who did.

Democratic candidate Michael Untermeyer didn’t attend the forum. Grossman is running unopposed for the Republican nomination and will be on the ballot for the November election.

The forum was organized by City Councilwoman Helen Gym (D- At- Large) and City Councilman Kenyatta Johnson (D- 2nd Dist.) and was designed to get how the candidates felt about such issues as solitary confinement for juveniles, direct file (a process that allows prosecutors to charge juveniles as adults without going through the juvenile system at all), juvenile offenders being placed in adult prisons, cash bail, and diversionary programs in lieu of incarceration.

For young people who have made mistakes, Pennsylvania can often be a brutal place, Gym said. That made this candidate’s forum, and the chance for in-depth, juvenile justice specific answers it gave, an important one.

“The District Attorney has a lot of discretion over these matters,” Gym said. “We needed to talk about these issues in a serious way. Since one of these people is going to be the next District Attorney, we wanted to have their responses to these questions on the record.”

Led by moderators Lauren Fine and Marcus Allen, the candidates shared their views on how to improve the juvenile justice system.

All of the candidates agreed that when it comes to young offenders, incarceration should be the last resort and diversionary programs the first. They also all agreed that adult jails are no place for juvenile offenders.

The Pennsylvania Primary will be held on Tuesday, May 16.