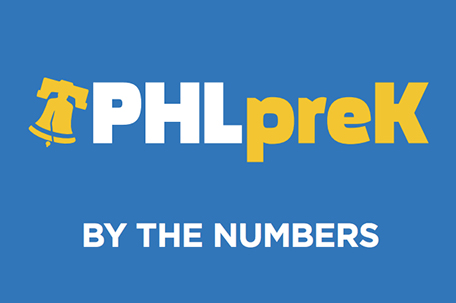 Enrollment, employment, and provider quality grew with the program’s 1,000-seat expansion this year.

PHILADELPHIA – On February 18, the Office of Children and Families released the fourth “PHLpreK by the Numbers” report which provides updates on the impact of the City’s free, quality pre-K program funded by the Philadelphia Beverage Tax.

Now in its fourth program cycle, PHLpreK has served over 6,000 children and currently funds seats in 138 locations citywide. This school year, the program grew nearly 50% from 2,250 seats to 3,300 seats. Highlights from this year’s report include:

•   93% of surveyed families would recommend PHLpreK to other families, and 93% report their child is better prepared for kindergarten

More than half of surveyed PHLpreK parents and caregivers report returning to work, working more hours, or continuing their education because their child is enrolled in PHLpreK

“We’re proud that the PHLpreK program has sustained its quality and capacity to serve students while expanding significantly this year,” said Deputy Mayor Cynthia Figueroa. “In addition, our investments in quality pre-K have strengthened the overall early childhood education system by improving center ratings and creating more career opportunities for early childhood educators. And best of all, thousands of children are learning in great settings that will prepare them for lifelong success. We’re excited to expand PHLpreK and the positive impact it will have on even more children and their families.”

Expanding PHLpreK and overall access to quality early childhood education is one of Mayor Jim Kenney’s top priorities for his second term. On the day of his inauguration, Mayor Kenney signed an executive order forming the Office of Children and Families, which now oversees multiple child- and family-facing programs including PHLpreK and will support the pre-K program’s growth.

In addition, the Office of Children and Families just announced the appointment of Sean Perkins as Chief of Early Childhood Education. Mr. Perkins will lead the City’s role in setting the vision and executing the strategic development of a system of early childhood education for Philadelphia.

The full PHLpreK by the Numbers report is available online at: www.phila.gov/documents/phlprek-by-the-numbers .