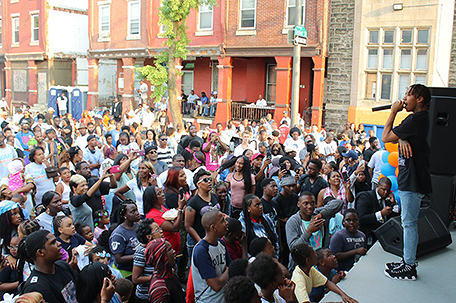 Progressive. Committed. Determined. Those words are often used to describe Mel Wells, president of the North Philadelphia based non-profit organization ODAAT, an acronym for One Day At A Time.

ODAAT began 35 years ago as a residential, peer-counseling and substance abuse recovery program. Today, ODAAT remains dedicated to serving low-income and homeless persons in the Philadelphia area who are afflicted with homelessness, alcohol and drug addiction and HIV/AIDS. The program employs a community-based recovery model and support system, allowing people to recover in the same environment they became addicted in and to overcome a host of social ills which lead to the lack of education, health care and unemployment.

In 2013, Mel Wells assumed the reigns of ODAAT, founded in 1983 by his father, the late Rev. Henry T. Wells, who was a former drug addict and dealer before turning his life around. The senior Wells wanted to help those who were suffering from the ills of drug addiction as he had. His mission was to provide them with an opportunity to turn their lives around. To do this, he invited recovering addicts to live in his home rather than on the street.

Since those early days, ODAAT has been transformed into a successful program. Individuals now reside in one of the many recovery houses owned by ODAAT and are eligible to receive a menu of services that include: case management, educational classes and workshops, HIV rapid testing, HIV education and prevention services. There are also food banks for those living with HIV/AIDS, community outreach programs, a summer youth camp, and “Stop the Violence” marches and rallies held throughout the year.

After the senior Wells’ death, some Philadelphia leaders wondered if the program would survive. Since Mel Wells assumed leadership of the organization, he has calmed those apprehensions and ODAAT continues to thrive.

In a recent interview, SUN correspondent Thera Martin spoke with Wells about the organization’s current focus and its future plans. 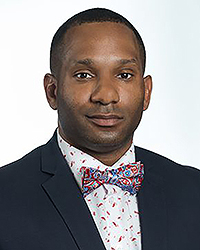 TM: When your father fell ill, and you understood the leadership of ODAAT would fall on your shoulders, were you frightened at all?

MW: Of course I was frightened. I was apprehensive. However, at the same time, I knew ‘God’s got me.’ I knew my father taught me well, and I was confident that the people my father recommended that I keep around me for advice were the right people.

TM: When did you learn about what your father’s motivation for dedicating his ministry to assisting those wrestling with drug and alcohol recovery meant?

MW: As a young child, I learned that my father used to be a drug addict, an alcoholic and a womanizer, too. I learned he was in and out of jail at least a few times over his life. I also learned that once he turned his life over to God, everything in his life changed for the better. All that he went through, being locked up, being addicted to drugs, all of that was for a purpose. Truly my father, Reverend Henry T. Wells, earned an undergraduate degree, a master’s degree and his doctorate degree from the “school of hard knocks.” He learned life’s lessons and he turned the lessons around.

TM: Is it true that years ago when you were about seven or eight, your father asked you to lie in a coffin and participate in a “Stop the Violence, Stop the Drugs” march?

MW: It’s true. Because so many children were becoming victims of gun violence, my father did ask me, ‘will you lay in a coffin and let some of our ODAAT members carry you down the street while we march in a “Stop the Violence” march?’ My mother wasn’t one bit pleased with that idea, but my Dad was my hero and if he asked me to do something, I wanted to do it. I wanted to help him, even when I was a kid. I quickly agreed to the “laying in the coffin idea” and so it was on. Little did I know when I said “yes” that day, I would be called to lay in a coffin many times as a youth to help my Dad send a strong and powerful message about violence and how innocent children were dying on our streets. 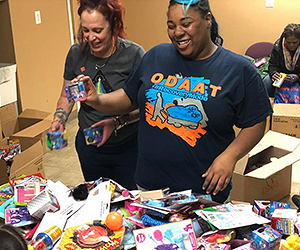 TM: How is One Day At A Time doing in 2018? Are you making the same kind of impact that you father did?

MW: I would never dare compare myself to the work my father did, but I will say this; because my father taught me so well, and through the grace of God, I’ve been able to build upon what my father and my mother started over 35 years ago.

TM: Have things changed much organizationally and administratively since ODAAT was founded?

MW: When Dad started ODAAT back then, reporting numbers of people served wasn’t as critical as it is today. Nowadays, in order to get certain kinds of funding and support, you have to be able to tell your funders how many people you’ve served. Honestly, I cannot tell you how many thousands of people were served during the original days of One Day At A Time. However, I can tell you in the last twelve months, ODAAT has served 56,000 people.

TM: How do those current numbers translate into client programs and services?

There’s also the thousands who come at the end of the summer for our back to school cookout, health fair and school book bag giveaway. There’s the thousands we hand out toys to, during the Christmas Holidays. And there’s the hundreds more that attend our mini health fairs, prayer vigils and resource fairs we host to help uplift our community. We are an organization that never stops giving, never stops caring and is always working on the next project or program to help our city heal. 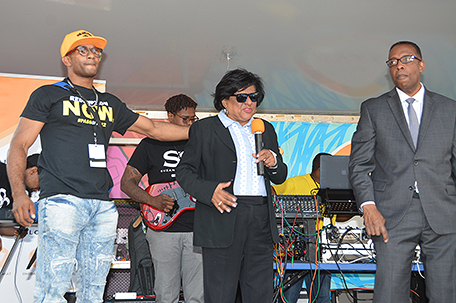 TM: What is the next event ODAAT will host?

MW: Our next big event that’s always a hit is our “ODAAT Back to School Party”, taking place Saturday, August 11, 2018 from 12 noon – 8:00 pm on the 1600 block of York Street, where ODAAT began. We’ll have free school bags stuffed with school supplies for up to 1,000 children. We’ll have free health screenings, free food, music and other entertainment and a moon walk for the kiddies.

TM: Some people say you’re their “Super Hero.” What do you say to that?

MW: When most of us think about a “Super Hero”, we think about Superman, Batman, Wonder Woman and other such heroes with capes. I don’t wear a cape. I’m just Mel Wells, wearing my ODAAT T-shirts, trying to do God’s will, “One Day At A Time.”