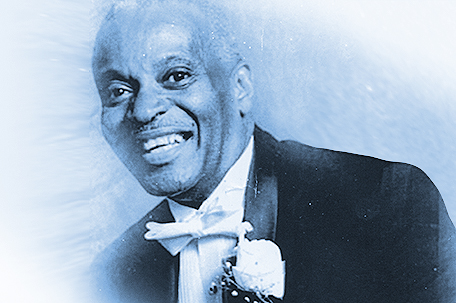 William Bradford Jones Jr. was born to the late William Bradford Jones, Sr. and Althea D. Green on February 25, 1941, in Laurel, Delaware. Both of his parents and only brother, Matthew Jones, proceded him in death. He received Christ at an early age at Mt. Zion Church in Laurel, Delaware. Fox received part of his primary education in the School District of Philadelphia and received his diploma from Thomas A. Edison High School. He was educated at Delaware State University and Antioch University where he received his degrees in Human Services.

Mr. Jones was an outstanding athlete. His start in the field of sports came in 1953 with an organization called the North Philadelphia Federation Older Boy’s Club under the leadership of Dr. William Baines and John Green, III, inside Jones Tabernacle A.M.E. Church. He became editor of the newsletter, played two years on the undefeated championship softball team, and was voted to the all star team for two years.

For his athletic accomplishment and dedication, he was Philadelphia Union League Boy of the Year. In track, his explosive start made him the best lead off runner in the state. His elementary school set a Penn Relay record that stood for many years. At Fitz-Simmon Junior High School, under the coaching of the late Vernon Young, he was captain of the track team, was undefeated in the 75 yard dash, and played on the undefeated basketball team. The 4×100 relay team never lost a Junior High relay race. At Northeast/Thomas Edison, Fox established a school record for touchdowns playing Cadet football. He played two years of varsity football. His 4×100 and 4×220 relay team was undefeated, during the regular public league track and field meet. After graduation from high school, his college track team (Delaware State University) was undefeated in the 4×100 and 4×220 relay team. He also ran for the Philadelphia Jr. Pioneer Track Club.

The love of his life was law enforcement and dignitary protection. He joined the Philadelphia Police Department in 1974. He received the second highest award in the department (bravery) and was the awardee of 10 merit commendations. While a member of the Guardian Civic League, under the leadership of Sheriff John D. Green, he became a member of the.Dignitary Unit. His first assignment was to protect Mrs. Coretta Scott King. He did such an outstanding job that Mrs. King recommended him to protect her family when they came to the tri-state area. Other dignitaries assigned to his watch were: Ms. Rosa Parks, the Rev. Jesse Jackson, the Honorable W. Wilson Goode, the Honorable Andrew Young, The Rev. Dr. Bishop Desmond Tutu, Melba Moore, Patti LaBelle, Danny Glover, Stephanie Mills, Sheriff John D. Green and Henry Nicholas.

Mr. Jones worked for the Office of the Sheriff, for the City and County of Philadelphia, The Philadelphia Police Department (Community Relations and Minority Recruitment Unit), Kraft Foods, Tri-State Retail Salesperson and Equal Opportunity Representative; Richard Pharmaceuticals as a Quality Control Analyst; the old Philadelphia Independent Newspaper as a Crime Reporter and Sports Editor.