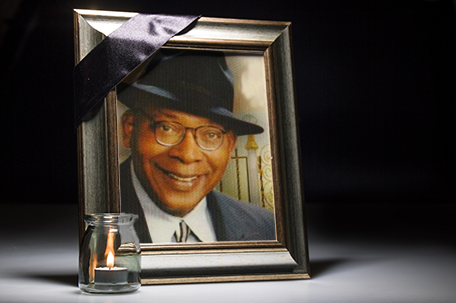 Rev. Carl Nathaniel Fitchett was born in Philadelphia, Pennsylvania on December 24, 1946 to the late William Edward Fitchett, Sr. and Marian Elizabeth Kent Fitchett.  He was the youngest of three children.

He grew up with his family in West Philadelphia in a close-knit community that has friendships which continue until this day.  It is said that he was the best friend you could ever have. He was always a larger than life figure. He was in the Black Panthers movement briefly.  He served in the United States Air Force as an MP and was decorated after an honorable discharge. He served in the Vietnam War at Than Son Nut Air Force Base.

He loved his brothers in arms and continued to follow them and participate in veteran activities such as joining the VFW (Veterans of Foreign Wars). Following his departure from the military, he met Leatha Gilchrist and after a short courtship they were married and gave birth to a daughter, Charna Patrice.

He was both an active husband and father.  He was a particularly active parent in his daughter’s education while simultaneously attending Community College of Philadelphia and ultimately matriculating at Temple University.  He taught his daughter scripture and its biblical significance as well as American and world history.  He was also an active family man, taking his family on excursions nationwide.  Rev. Fitchett was both well traveled and well read.

He was under the political tutelage of the late Sen. Freeman Hankins and the late Rep. James D. Barber.  As a result, he served as a committeeman and earnestly served the mayoral campaign for Charles Bowser.

He continued to actively engage in civil rights by campaigning to have Martin Luther King’s birthday rendered a national holiday.

He continued to be a strong religious and civic figure serving as the chaplain for the House of Representatives in the state of Pennsylvania under the leadership of Gov. William Scranton, III as well as being the vice chairman of the local Southern Christian Leadership Conference. He served as shop steward and business agent for District Council 33, until it was formally written in the contract that retirees could no longer participate in union activities post-retirement.

His formal retirement semi-ended his service for District Council 33. In spite of his retirement from the Philadelphia Housing Authority, the president of the union brought him in to serve as chaplain for the union. He served as first vice president for the Philadelphia Branch of the NAACP under the leadership of the late J. Whyatt Mondesire from 1996 until 2014.

He briefly acted as president of the organization until he chose not to run in elections instituted by the national chapter of the organization.  He was active in a number of organizations including the Baptist Ministers Association of Philadelphia and The Progressive National Baptist Convention, often being elected for positions.

Youth at large in the City of Philadelphia could rely on both his sympathetic and empathetic nature.  Rev. Fitchett often searched for runaways, bailed youth out of jail, and insisted on passing grades for youth within the city in order that they get a head start in life. He continued to act as a staunch advocate for the downtrodden and underrepresented Philadelphians until his untimely illness in 2016.

He was also a very strong advocate for education, encouraging and supporting Veronica Joyner when she opened her school. All of his children went on to attend and graduate from her school.

Rev. Fitchett received numerous commendations and acknowledgements from the City of Philadelphia, as well as the Commonwealth of Pennsylvania. He also received a certificate from the Chapel of the Four Chaplains, and appeared in the Jet Magazine and in several Philadelphia newspapers on many occasions.

Many of the appearances in the newspaper were to tout the work that was being done within the church and the South Philadelphia community at large.

Rev. Carl Fitchett leaves to mourn his memory, his wife Leatha; two daughters, Charna and Erica;one son-in-law, Issac; four grandchildren –Danielle, William, Nyla and Jayce, one brother, William; two nieces,Jeanine and Cristina, a host of godchildren and a host of other family and friends.