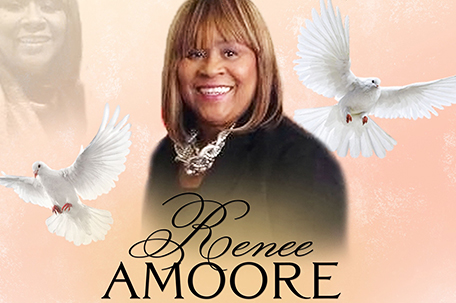 Amoore served as the deputy chair of the Republican Party of Pennsylvania and as founder and president of The Amoore Group, which included Amoore Health Systems, Inc., 521 Management Group, Inc., and Ramsey Educational and Development Institute, Inc.

“It is with great sadness that I share with you the passing of a close friend and fierce Republican, Renee Amoore, deputy chair of the Republican Party of Pennsylvania,” said PA GOP Chairman Lawrence Tabas. “Southeastern Pennsylvania has lost a great leader and the Republican Party a stalwart supporter. I will miss her friendship, guidance, and most of all, her upbeat attitude.”

Amoore has received numerous awards,  including Pennsylvania’s Best 50 Women in Business, National Registry of Who’s Who, Black Achievers Award, Pennsylvania’s Honor Roll for Women, NAACP Award for Community Service in Education, and the “Class of ’98” from Main Line Today magazine. She was also honored by Elizabeth Dole as an outstanding entrepreneur for her achievements in the business community.

Amoore served as an advocate of clinically appropriate and cost-effective alternatives to more expensive care. She has earned an enviable reputation for innovative treatment approaches for persons with mental illness, addictive disorders, mental retardation, and others.

Amoore was born on January 24, 1953, in Bryn Mawr, Pennsylvania, as one of eight girls in a working-class family to John Ramsey, a school bus driver, and Juanita Ramsey, a domestic worker and nurse.

After attending the Harlem Hospital School of Nursing in New York City, Amoore became the head emergency room nurse at Harlem Hospital. Later, she earned a bachelor’s degree at Antioch College while working as evening and night program coordinator at the Philadelphia Child Guidance Clinic.

In 1982, she earned a master’s degree in administration from Antioch University.

Amoore was married to Joseph Amoore. The couple has a daughter, Cherie.

Renee Amoore passes away at 67