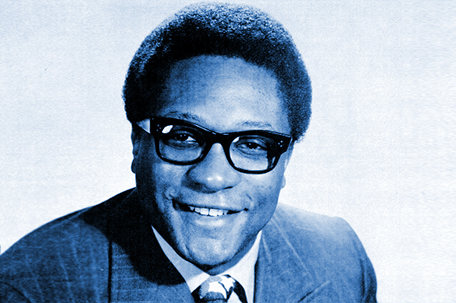 Reginald Nelson Lavong, son of the late Honey Nelson, was born on April 5, 1933 in Gainesville, Florida. Reggie’s beloved mother died when he was two years old. He was adopted at four years old by his cousin Mae Lavong and her husband Walter, who resided in the New York borough of Bedford Stuyvesant, Brooklyn. Reggie was an only child.

He was educated in the Archdiocese of New York and was a successful member of the 1950 graduating class from Boys’ High School in the Bronx. After graduation, Reggie attended Temple University as a journalism major. While at Temple, he worked as a radio announcer for the college radio station WRTI. He was hired to work at a small commercial radio station in Vineland, New Jersey during his junior year. 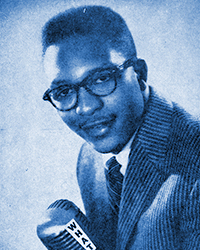 Reggie’s talent for broadcasting and his growing fan base made it possible for him to work at Norfolk Virginia’s WRAP, Wilmington, Delaware’s WAMS, and as the night time broadcaster for WHAT in Philadelphia. Reggie’s popularity and skill took him to Chicago’s WHFC. During his stay in Chicago, he began doing radio commercials and marketing for Al Abrams Pontiac, local department stores, and Bell Telephone.

Reggie relocated from Chicago to New York’s WWRL in 1960. His New York fan base will remember him best as the legendary “Dr. Jive” while with WWRL.  Reggie was invited to join the prestigious network of NBC in New York as a personality on their KNBC radio station in the mid 1960’s. He changed his on air name to “Just John” and developed an even larger fan base as part of the national network.

In 1964, Reggie along with Georgie Woods became the first Black men in the United States to be part owners of a TV station. Reggie and Georgie, in partnership with Aaron Katz and Leonard Stevens, purchased WPHL Channel 17 in Philadelphia. In 1969, Capitol Records hired Reggie to take on the prestigious role of Vice President of their International Rhythm & Blues department. He was headquartered at the Capitol Tower in Hollywood, where he coordinated R&B production, promotion, distribution and sales for both Capitol Record and smaller up and coming independent record labels. 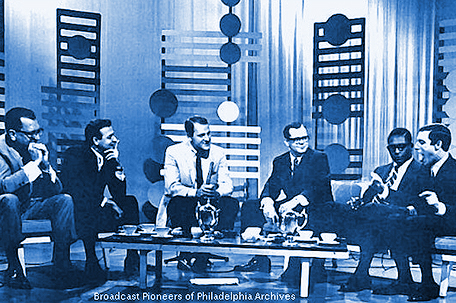 In the late 1960’s and 70’s, Reggie was deeply involved in the Civil Rights Movement working alongside and communicating with Dr. Martin Luther King and Malcolm X. He became known as an advocate for civil rights; recording Skin Deep, a powerful poetic message for Black people in the United States and across the diaspora.  In 1972, Reggie returned to the east coast to promote the R&B and jazz departments of Island Records. He was instrumental in introducing the American music scene to reggae music’s unique sound with artist such as Bob Marley and Toots and the Maytals.

In 1986, Reggie and Miller Parker, owners of Main Line Communications, purchased Philadelphia’s local radio station WHAT from Independence Broadcasting. The station changed to an African American-orientated talk and nostalgia format.

When Reggie retired from the music and broadcasting world, he studied and became a stockbroker at Shearson Lehman Brothers Inc.

Reggie leaves many loved ones to cherish their memories of his joyful life; his devoted and loving children, Reggie, Daryl, April (Ladybug) and Jocelyn (Bups); daughter in-laws Cornelia and Janet; grandchildren; Danielle, Joyce, Wesley, Carlton, Leona, Jahshua and Chelsie;  great- grandchildren: EJ, Logan and Eli; Taylor Hightower and his family; nieces Maria Hightower,  Karen Green and nephew Michael Sims and their families, extended family; the Cooper/Thomas’, Redmond McConnell, the Zahir family, his companion of many years, Lorraine, and a host of other family and friends.