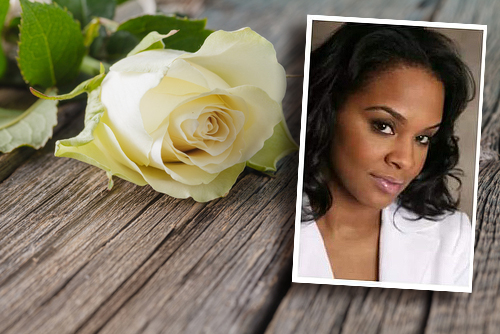 LaVonne Renee Battle (Kris Kelley) was born on October 6, 1968 in Philadelphia, the youngest of four daughters born to Charles H. Battle of Washington, DC and Doris Wallace Battle of Philadelphia.

An extremely gifted student, Battle is a proud product of the Philadelphia Public School System. She attended Anna B. Day and Henry H. Houston Elementary Schools; and was accepted into the gifted program at J. R. Masterman Middle School where she skipped from 7th grade to 9th and went on to the Philadelphia High School for Girls. Battle graduated with honors from Girls High in 1985 and enrolled at the University of Pittsburgh, at age 16. Battle majored in English and studied Swahili. She was fluent in French and American Sign Language.

In 1986, Battle became a member of the Iota Chapter of Alpha Kappa Alpha Sorority Inc., and adopted her beloved pet iguana, Albert. Though most of her friends and family were less than enthusiastic about “hanging out” with Albert, she loved and cared for him until his demise at age 10+ years.

As an undergraduate, Battle landed her first radio job as a receptionist at WAMO-FM in Pittsburgh. She also appeared in small speaking roles in two feature films, The Jacksons: An American Dream and Glengarry Glen Ross. In September 1991, she was promoted to midday disc jockey at WAMO-FM and became Music Director in 1995. In November 1998, she joined the WJLB-FM family in Detroit to host the midday music program and was quickly promoted to Music Director. While in Detroit, Battle joined the staff at Fox 2 WJBK news as an on-air/helicopter traffic reporter.

In 2007, Battle left her beloved Detroit to become the midday disc jockey at WVAZ-FM and Program Director for WGCI-FM in her newly adopted city of Chicago. In 2012, Battle made radio history to become the first woman, and African American , to program the Top 40 format ted WKSC-FM and Urban Contemporary-formatted WGCI-FM stations, simultaneously.

Battle was committed to the power of radio. She firmly believed that thoughtful, skilled programming, gifted talent, great music and commentary, had the potential to positively affect the mood, mind and conscience of her audience. She had a lifelong passion for advancing opportunities for women and minorities in broadcast media. Being the youngest of four daughters, Battle became an active, hands on Big Sister for Big Sisters/Big Brothers of America. She has been an active volunteer continuously for more than 25 years.

Battle has received numerous industry related awards and recognition for her various contributions and achievements, including Billboard’s 2006 Music Director of the Year for Hip Hop and R&B,. Her most significant personal achievements were community service oriented. She has been honored with the Black Girls Rock Positive Role Model Award, the Sigma Beta Club of Phi Beta Sigma Community Leadership Award, Organization of Black Airline Pilots Community Service Award, the Women’s Day of Pampering Spirit Award, Silence the Violence Leadership Award, the Renaissance Chapter of the National Coalition of Black Women Award for Outstanding Community Outreach, to name a few. Battle did not engage in community service projects for recognition, she did so because she believed that her efforts, and those of others were worthy and valid. She believed that hard work was rewarded with tangible, measurable results.

Battle was a thrill seeker, enjoying amusement park thrill rides, haunted house attractions and riding her motorcycle. She enjoyed bowling, billiards, and darts and was a wicked Scrabble player.  She was also goal-oriented, results driven, and the consummate media professional. She was tough as nails, when needed, in a male dominated industry and sweet beyond words, by nature. LaVonne Battle was a fiercely loyal confidant to her family, friends and colleagues.

LaVonne Battle is survived by her mother, Doris; father, Charles; sisters, Leslie, Lauren and Lynne; niece Jordan; nephews, Jaron and Dean; grandniece, Gianna, god daughter, Chelsea, brother-in-law, Dohn; God sent, lifelong friends (our brothers) Craig and Leonard, and a host of family, colleagues, mentees and friends to honor and celebrate her life and legacy, and, most importantly, to pay it forward.