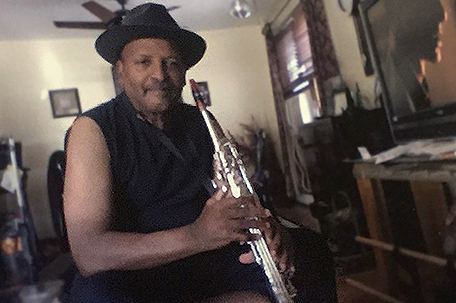 Morris James Jenkins Jr. better known to his loved ones as “Boopy”, transitioned to join our ancestors on the morning of Wednesday, January 5, 2022. He was 71.

Morris was born to proud parents Edith Marie Crawley and Morris James Jenkins Sr. at Philadelphia General Hospital in Philadelphia on  May 1, 1950.  As a child, Morris was somewhat quiet, yet very inquisitive. He also shared an extremely close bond with his paternal grandmother, Gertrude Jenkins, who had a hand in raising him.

While attending West Philadelphia High School, Morris was involved heavily in the arts, namely acting and poetry. He was also a leader of a student-driven effort to change the name of the school to Malcolm X High School, as was reported by the Philadelphia Tribune.

Outside of school, like many in the inner-city neighborhoods where he was raised, Morris navigated friendships and challenges from local gangs. In fact, right after his mother moved the family from North Philadelphia’s Richard Allen projects to Delancey Street in West Philadelphia, Morris and his brother, Wendell, happened to join rival neighborhood gangs, and would often hold one-on-one boxing matches in the family’s kitchen. Morris even suffered as an unrelated gang stabbing victim on one occasion.

None  of  those  experiences  deterred  or  interrupted his thirst for knowledge. His closest friend, George Hall, endearingly referred to Morris as “the cat who thinks he’s a philosopher.”

After his graduation from high school, Morris went on to attend Clark Atlanta University, in Georgia, SUNY College at Old Westbury,  New York, and Seton Hall University in New Jersey.  At the end of his studies, Morris achieved a specialist’s degree in psychology.

Morris knew that all he’d achieved in his studies would be useless if he didn’t share the information he’d amassed with the communities he loved.  He made his contribution through his roles as an educator, school psychologist and, ultimately, as chair of the Special Education Department at Eastside High School in Paterson, New Jersey. Over the span of his career, Morris developed strong bonds with his students, many of whom stayed connected with him well into their adulthood. He was the kind of educator who loved without condition, and will be remembered that way by many who passed through his orbit.

Morris, like one of his brothers, his son Tre, and two of his nephews, was also a proud member of Kappa Alpha Psi Fraternity.

In addition to being an educator, Morris was a talented musician. Adeptly accomplished on flute, tenor, alto, and soprano saxophone, he spent many years as a performing jazz artist in the Atlanta, New York, North Jersey and Philadelphia markets, to name a few. As a young musician, he and his friends were often called to “sit in” when legendary saxophonist/reed man Eric Dolphy happened to be practicing or appearing in Philadelphia. Morris was also a great admirer of, among others, John Coltrane, Miles Davis, Herbie Mann, Lee Morgan, bassist Jymie Merritt, and his soprano sax-playing great-uncle, Jimmy Crawley. Merritt’s son, Marlon and Morris went on to share a life-long friendship.

However, more than anything, Morris was a man who valued family.  He poured everything into raising his two children, Tamra and Tre.  He instilled in them a love of Black culture and an unflinching opposition to white supremacy.  He raised his kids on love, intellectual curiosity and jazz music.  As a brother, Morris was always available to debate contemporary or historical social issues. The only thing that surpassed his thirst for knowledge — he always had a book or books to read — was his devotion and support for his family, mainly his brothers and sisters. There was fun and laughter on holidays when they all were together, as well as supportive, one-on-one conversations that will be forever missed by all.

Morris is survived by all five of his siblings, Bruce Crawley, Wendell Jenkins, Patricia “Patty” Jenkins, Michael Jenkins, and Maria “Terry” Minnis, and his children, Tamra Jenkins and Morris “Tre” Jenkins III.  He also leaves behind a large number of nephews and nieces; an aunt, Ruth ‘’Patsy’’ Gray; two of his closest friends, George Hall and Jackie Iweagwu, and a host of others he loved and held close to his heart.

Morris’ celebration of life was held in his childhood North Philadelphia neighborhood, at the Savin Funeral Home January 12. Due to the recent surge in COVID 19 infections, the family held a small service.  However, a larger memorial service will be held at a later date, when infection rates will, hopefully, decrease.