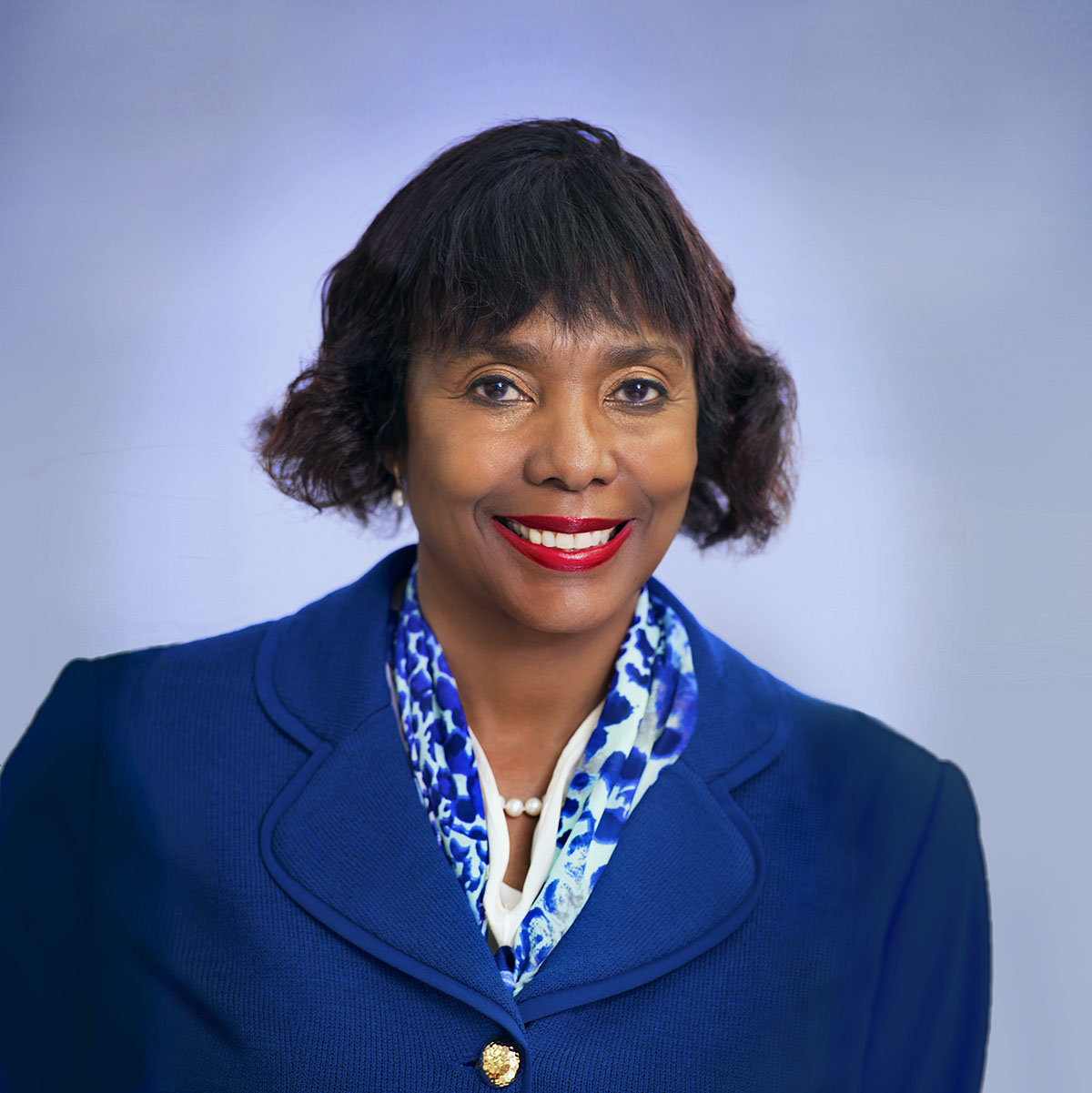 Cheyney University’s 11th President, Dr. Michelle Howard-Vital, passed away on August 21, 2018 at Duke Regional Hospital near her home in Durham, North Carolina, after a long battle with cancer.

Michelle R. Howard-Vital was born and educated in Chicago, Illinois, to Dolores Elizabeth Howard and Robert Howard. She earned her undergraduate degree in English Literature and Language, her Masters of Arts in Teaching English from the University of Chicago, and earned her doctorate in Public Policy Analysis from the University of Illinois at Chicago.
Dr. Howard-Vital worked for more than 30 years in various leadership roles in higher education in four states — Illinois, North Carolina, Pennsylvania, and Florida. Starting at the age of 22 as an English instructor and director of College Without Walls at Central YMCA Community College, she proclaimed about her love of education, “I cannot believe they are paying me so much – $10,000 – to have so much fun.”

In addition to these positions, Dr. Howard-Vital dedicated herself to higher education in a broad range of positions in, including: Coordinator of the Biomedical Sciences Program at the University of Illinois at Chicago, Dean of Continuing Education at Harold Washington College, Dean of Continuing Education and Non-Traditional Degree Programs at Chicago State University, Associate Vice President for Academic Programs and Dean of University College at Edinboro University of Pennsylvania. Dr. Howard-Vital earned tenure twice–once at the community college level and again at The University of North Carolina at Wilmington, where she earned the rank of full professor.

As a Associate Vice President for Academic Affairs at the University of North Carolina General Administration, Dr. Howard-Vital verified the capability and credentials of institutions wishing to function in the state. Further, she served as Interim Chancellor at Winston Salem State University (2006-2007), a member of the State Board of Education for the State of North Carolina (2001-2007), and successfully led two institutions to reaffirmation of accreditation granted by the Middle States Commission on Higher Education.

Unanimously selected by the Board of Governors of the Pennsylvania State System of Higher Education to lead the historic Cheyney University into the 21st century, Dr. Howard-Vital started her presidency in 2007 at the nation’s oldest Historically Black institution and worked to help transform the lives of many disadvantaged students. In spite of the institution’s history of deferred state maintenance and public image of “struggling,” Cheyney’s 11th and first woman president recognized its past impact and its great potential for underserved communities. Under her leadership, the university’s image improved with unprecedented publications and advertising to promote the institution’s impressive accomplishments to the public and stakeholders. Moreover, she helped enhance the Keystone Honors Academy program and host public forums with renown speakers such as Dr. Maya Angelou, Director Spike Lee, Dr. Cornel West, Pulitzer Prize winning novelist Alice Walker, Mrs. Harriet Fulbright (Fulbright Scholars), and scholar Angela Davis, to name a few. These speakers were brought to the campus to engage the students and community in academic dialogue. Former President Bill Clinton also visited the campus (earlier visited by former President Jimmy Carter) and interacted with students and community leaders.

Securing the support of the Board of Governors, local legislators, and senior staff, Dr. Howard-Vital was able to secure funding for a new, 400-bed student residence hall—the first such new structure at Cheyney University in over 30 years. In addition, funding was secured for a new cutting-edge, LEED-certified science center and planetarium—the first new academic building in about 30 years — and capital developments, such as the reconstruction of the first building on campus into an honors residence and lecture hall, the renovation of the Marian Anderson Music Hall, achieving the distinction of becoming an “All-Steinway school”, the addition of a professional-grade graphic arts lab, professionalization of the campus security department, reconstruction of a wastewater treatment plant for the campus and the surrounding community, and many other needed infrastructure upgrades.

Because of her love for students, Dr. Howard-Vital would regularly be seen planting and tending flowerbeds before work and on weekends to enhance students’ experience. She would walk the Cheyney University campus and greet students, engage them in conversations, mentor them, host Cabinet-to-Cabinet sessions with the student government association to understand their concerns and problems. With improvements in student facilities, common areas, and much-needed redecoration or replacement of aging residence halls, student satisfaction improved. Dr. Howard-Vital also initiated the development of a University College program to help retain and increase students’ progress towards graduation. After leading the University to a successful reaffirmation of accreditation from the Middle States Association, an adverse change in state system politics, compelled Dr. Howard-Vital to retire from the presidency and return home to North Carolina.

Recognizing that many have helped her throughout her career, Dr. Howard-Vital believed in honoring her supporters by “paying it forward” in the form of contributions to scholarship funds and volunteer work for organizations like the American Council on Education as a Senior Fellow, American Association of State Colleges and Universities (AASCU), the Professional Women’s Organization of LaRabida Hospital, The American Red Cross, The 100 Black Men of America, The Links, Inc., and others.
Dr. Howard-Vital has authored or co-authored book chapters, articles, reviews, and various professional papers. Dr. Howard-Vital has published numerous articles in electronic journals, as well as a personal blog (her blog site is michellehowardvital-phd.com).

Dr. Howard-Vital has received numerous awards and recognitions for her service in higher education, including: The Women of Distinction Award by the Philadelphia Business Journal (2012); the Women Cultivating Women Award in honor of Mary McLeod Bethune (2010); the Association for Black Women in Higher Education Award for Leadership for founding its Chicago Chapter (2002); being recognized by the University of Chicago as one of its outstanding graduates; and being given the Distinguished Alumni Award, by the University of Illinois for her contributions to education in the areas of scholarship, teaching, service, and administration (2000). The acknowledgements of service she appreciated most were the notices of exemplary achievements, letters, cards, phone calls, and emails of gratitude from former students of the institutions where she worked or taught.

Dr. Howard-Vital leaves behind her husband, Geri R. Vital, her daughter, Madelyn G. Vital, stepson, Gabriel M. Priester, two siblings, Felicia Howard-Spalding, David J. Howard, and a lifetime of many cherished relatives, friends, and colleagues.
In lieu of flowers, the family asks that contributions to a minority scholarship fund be made in her name to one of the institutions where she worked (University of Chicago, University of Illinois, Chicago State University, Edinboro University of PA, The University of North Carolina at Wilmington Upperman Scholars, Winston Salem State University, Cheyney University of PA, or Florida Memorial University).

Memorial services are being planned for Chicago, IL, and Wilmington, NC. To receive notification of dates and locations, email [email protected]