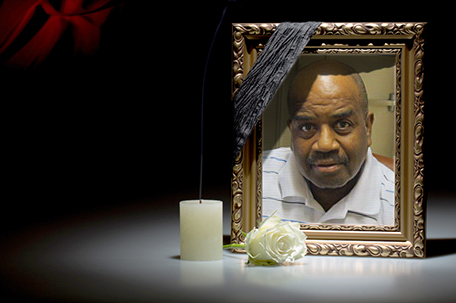 The City of Philadelphia mourns the loss of Community Activist Michael (Mike) Reed, who passed suddenly on September 25, 2018.   Michael Reed, who was born in North Philadelphia on May 5, 1953 and spent his younger years in the Richard Allen Projects, found his new home in West Philadelphia, where he attended Overbrook High School.  He wasn’t blind to the streets, so he dedicated over 40 years working with the public playing a vital role in local and national politics. He was passionate about fighting to stem the rise of gang violence by working with youth in Philadelphia’s toughest neighborhoods.

Once a youngster also on the wrong track of the law, Mike felt it was important to reach out to troubled youth and help direct them in the right direction. He knew to get things done it had to be accomplished through politics (with others who had the same agenda) and working directly with the youth, and that he did. He worked on the campaign of the late Charles Bowser, who ran for mayor in 1975 and 1979. He also worked as a constituent service representative for Congressman Lucien Blackwell and worked on the City Commissioner campaign for Curtis Jones, Jr. and Congressman Chaka Fattah. Mike was not limited to Philadelphia. He attended the Democratic National Convention in Atlanta as a Rev. Jesse Jackson delegate and served as director of the Pennsylvania Education Fund, which conducted a successful non-partisan voter registration drive.” Mike was also instrumental in coordinating the West Philadelphia “Get Out  the Vote” for District Council 33 and “Operation Big Vote.”

Always giving back, Mike established two $1,000 scholarships at West Philadelphia High School in memory of his two friends, well-known community activists Charles (Boo) Burrus and Robert (Fat Rob) Allen. In 1986, Mike was called to assist Crisis Intervention Network in dealing with gang violence. He met with and made recommendations to the Illinois State Attorney General Richard Daley, the U.S. Department of Justice and the Chicago Board of Education to help curb gang violence in Chicago. He was then sent to Los Angeles, California by the House of Umoja to exchange ideas and make recommendation to LA Street Gang Workers.

Back home, Mike served as the youth activities coordinator for the Wynnefield Residents Association, former member of the Original Richard Allen Homes Reunion Committee and organizer of the First Richard Allen Reunion Cabaret. In addition, Mike was on the Cecil B. Moore ad-hoc Committee, which played a vital role in renaming Columbia Avenue in honor of the late civil rights leader. It comes as no surprise that he worked with the Anti-Drug Anti-Violence Network as well as a community outreach and education representative for Independence Blue Cross. In 2012, He became a member of the Youth Aid Panel that was established by Philadelphia District Attorney’s Office.

Mike’s work did not go unnoticed he was the recipient of numerous accolades and awards.  In 1980, he received the “Citizen of the Year” award from the Philadelphia Tribune Newspaper and the Office of Housing Community Development for reducing gang violence. He also received the prestigious “Jefferson Award” by the Philadelphia Evening Bulletin Newspaper for working on issues that affect young people and senior citizens. In 2014, Councilman Curtis Jones, Jr., chairman of the Philadelphia City Council  Public Safety Committee, honored and recognized Mike for 40 years of advocacy and exceptional leadership that improve the lives of Philadelphians  and other vulnerable communities.

With all the many things he was involved in, Mike was a volunteer for the National Brain Aneurysm Foundation, which seeks to raise awareness regarding this dreadful disease that ended the life of his beloved daughter, Omeka Fatima Reed at 37-years-old.

Over the past years he has been the force of Crisis Intervention Network, Inc. Reunion Committee, planning trips for senior citizens and those interested in going to the tapings of various talk shows like Steve Wilko, Jerry Springer, and Maury Povich. Mike was also known for his trips to concerts, the casinos, Atlanta, The Essence Awards and Las Vegas.  Mike was always bringing people together for a good cause. He will truly be missed.

Mike was preceded in death by his mother Agnes Edwards, father and daughter Omeka Reed. He leaves to cherish his memory: His wife, Janice; son, Michael T. Reed Jr.; three brothers, Tyrone, Al and Fred; two grandsons, Jahmeir and Semaj; one granddaughter, Nyla and a host of friends.

Funeral services will be held on Saturday, October 6, at the National Temple Baptist Church, 1628 Master Street. Viewing begins at 9 a.m. with services at 11 a.m. Interment will be held at Merion Memorial Park, 59 Rockhill Road, Bala Cynwyd, Pa. The repast will follow at the church.