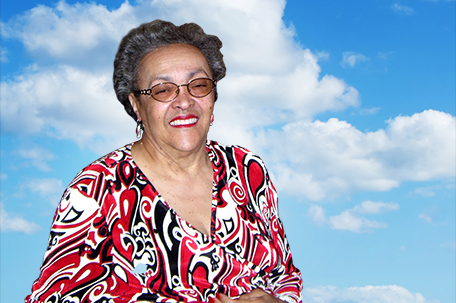 Funeral Services will be held on Monday, Nov. 27th at 11 AM at Mt. Carmel Baptist Church for Loretta Morris Benson Brown, a longtime Philadelphia activist, businesswoman, and trailblazer.

Terry Funeral Home is in charge of arrangements.

Ms. Brown, 85, died November 20, 2017, staying true until the end to her calling. She is the mother of Lynette M. Brown-Sow, a prominent local entrepreneur and civic leader who currently serves as vice president for marketing and government relations at Community College of Philadelphia.

In her younger years, Ms. Brown served as Vice President of a savings and loan at a time many Philadelphia women were still taking care of the home.  She was a friend to Malcolm X at a time many African- Americans were afraid to go near him. Loretta challenged and broke barriers early and often.

Ms. Brown prided herself on her career and being a perfectionist who always is in charge, no matter what her title. Starting as a teller, she worked her way up to branch manager and then to vice president at the West Philadelphia Federal Savings and Loans, which would later become Metropolitan Savings and Loans. Forever looking for avenues to advance causes that were significant to her, she helped to found the Urban Bankers Association in Philadelphia. After her banking career, she worked for the Philadelphia Housing Authority as housing manager for several key sites and managed the first home ownership program.

Fiercely independent, Ms. Brown lived a life of purpose and meaning even after health challenges set in. She lived in Kearsley Rehabilitation & Nursing Center and connected to the world with cable television, “offering commentary with a serious attitude”, her daughter, Lynette Brown Sow, recalled.

In addition to Lynette, she leaves to remember and cherish the memories, Randall Sims “her Ran”; Three stepsons Warren, Richard and Raymond Ferbee. Her wumplings: Lemuel “Artie” Rogers 3d; Lisa A Rogers (Daryll “Kuda”); Lawrence A Rogers (Yvonne) and three great nieces Morgan and Taylor Maxey; Madison Rogers and great nieces Hailee and Levi. Her Brown family nephews Tommie and Benjamin Rodriguez and a host of family from the descendants of Jeannie and Copper Morris’ and James and Laura Benson.