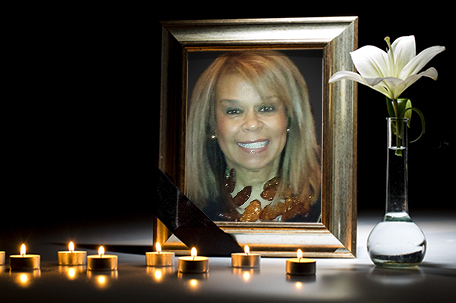 Lois’ passion for education began in her home where her parents inspired her to become an educator. She attended public schools in Petersburg, Virginia and Frankfurt, Germany, graduating, from Peabody High School in 1961.  Upon graduating she enrolled at Morgan State University where in 1965 she obtained a bachelor of arts in education.  Lois continuously honed her skills as an educator obtaining a masters degree in art from Antioch University and several certifications, including an administrator’s certification from Cheney University.

Lois began her career as an educator in Baltimore, public schools.  In 1973, she moved to Philadelphia where she would serve public schools within the Philadelphia School District for 39 years.  She began her work in Philadelphia as a classroom teacher.  In 1995, she served as a Teaching and Learning Network academic coach where she provided peer coaching and support to other educators throughout the school district.  In 2000, Lois was appointed to serve as the assistant principal at Strawberry Mansion High School.  Three years later, in 2003, she was promoted to principal at Strawberry Mansion, a position that would become one of the highlights of her career.  The success of her work at Strawberry Mansion led to the Philadelphia School Superintendent selecting Lois to be a leader in the Turnaround Principal Promise Academy, a new initiative designed to improve low achieving schools within the school district.  In 2013, Lois began to prepare for retirement and served as the principal at Jules E. Mastbaum High School before retiring with 45-years of service in June 2013.

Lois’ students were much more to her than simply pupils in a classroom.  She saw each one of them as having a bright future and was committed to doing everything in her power to ensure they had an opportunity to succeed in school and in life.  Throughout Lois’ career she built long lasting relationships with students and served as a mentor and confidant.  If ever she met a student whose economic circumstances were far less fortunate than others Lois would often use her personal resources to provide support.  Her family and friends knew her to purchase groceries, offer clothing, supply books and give holiday gifts to her students and their families.

Lois’ service to the community in which she lived extended beyond the school buildings in which she worked.  For many years she served as an active member of many civic, social and cultural organizations.  Lois was a “Silver Star” member of Alpha Kappa Alpha Sorority, Inc., Rho Theta Omega Chapter; a charter member of National Epicureans, Inc., Philadelphia Chapter; and, an Alumna member of Links Incorporated, Philadelphia Chapter.  As an active member Lois organized and participated in many programs and activities that promoted each organization’s mission.  She particularly enjoyed those activities involving the Arts and fundraising for educational scholarships.

Lois was a woman of class and style. She had a passion for collection of African-American art which adorned her home.  Some of her favorite pastimes included designing floral arrangements and tending to her Japanese Maple container garden.

In addition to her daughter Jennifer, Lois Powell Mondesire leaves behind to celebrate her in memory her beloved mother, Lena Powell of Petersburg, Virginia; her cherished son, Wallace Mondesire, MD of Oakland, California; her devoted sister, Kathy Powell Dickson (David) of Bethesda, Maryland; her brother Wayne Powell (Leslie); her nieces, Farrah, Brandi and Kristen Powell and a host of close family, friends and former students.

The family of Lois Powell Mondesire wishes to express their sincere appreciation to the many wonderful family members and friends who shared acts of kindness and support during her life and illness and during our hour of bereavement. A special thank you to Nicole Pollard, Esq., Garnette Davis, Miguel Hughes, the ladies of Alpha Kappa Alpha, Sorority Inc., National Epicureans and Links Inc., Park Plaza Condominium staff and the Court Street family.

Family members and friends are invited to pay final tribute to Ms. Mondesire at www.jmwilkersonsince1874.com.