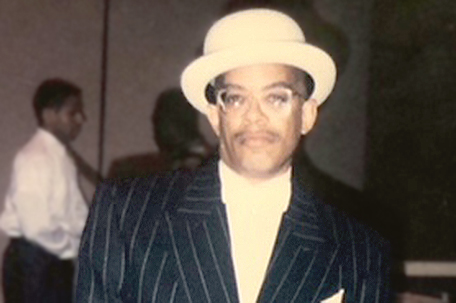 Joseph “Joey” Temple, after enduring severe health challenges, was welcomed to be with the Lord on Wednesday, December 2, 2020. He was 68.

Born on April 13, 1952, in North Philadelphia, Joey was the eldest of six children born to Ursula Patton Temple and Joseph Temple. Joey, as he was affectionately known, became a part of a large family in the Strawberry Mansion community,commonly known as“the Village.” His formative education years were spent at Most Precious Blood elementary school and Roman Catholic and Simon Gratz high schools.  At an early age, Joey became an avid newspaper reader with an institutional memory for detailed information.  He was intelligent, insightful, honest, and loyal to a fault.

Raised in the streets of North Philly as a teenager, Joey became a member of the notorious Tenderlines gang and earned the alias “Batman” –a name that has stuck with him for all of his life. As part of that era’s stained culture, Joey saw, experienced, and knew the frailties and vulnerabilities of street life.

In the mid-1970s, Joey graduated from gang life to become a celebrated sports announcer in the Sonny Hill Basketball Summer League where both fans and players enjoyed his creative, animated announcing.  This included his popular baptizing of the City’s star players with nicknames that matched their style of play.

From there, Joey became a lifelong friend and mentee of the late Georgie Woods (“the Guy with the Goods”) at WDAS Radio.  His knowledge of radio and contacts, along with a new mentor, Cody Anderson, brought Joey into a stream of unbridled social activism and years later his own radio show, “Message in the Music” on WURD Radio.

At WURD Joey found a platform where he could espouse his encyclopedic grasp of Philadelphia politics and personalities, interspersed with a concerto of positive, self-empowering, and often rejuvenating music.  He was a master of Rhythm and Blues music.

To his credit, Joey paid dear homage to the late Cecil B. Moore with annual memorial tributes at Bright Hope Baptist Church, and marched with Georgie Woods in street protests to change the name of Columbia Avenue to Cecil B. Moore Avenue.   This resulted in the City Council changing the street’s name.

Joey recently worked to protect the voting rights of incarcerated citizens and was stalwart in keeping their issues on local political radars. In 2018, the City of Philadelphia honored Joey Temple as one of its “Living Legends.” Joey enjoyed deep street credos. He had edge, passion, compassion, courage, and love.  Despite his health status, his vintage words were “You alright?”

Joey’s greatest love was his music, and he was able to do his final show on Thanksgiving Day. He leaves fond memories to be cherished by his loving sons, Darrien and Darnell; his three grandchildren, Darnell, Quasim, and Shanice; his five great grandchildren; his mother, Ursula; his six siblings, Diane Holliday (Charles), Donald, Cheryl Journiette (Will), Margo Hennigan (Richard), Marq Temple, (Darlene), and Angela Temple; his loving longtime companion, Patricia “Pat” Corbitt and her loving family; and a host of nieces, nephews, cousins, and friends.

Due to the COVID-19 restrictions, the service and final disposition will be private. Information about a virtual memorial service will be forthcoming.