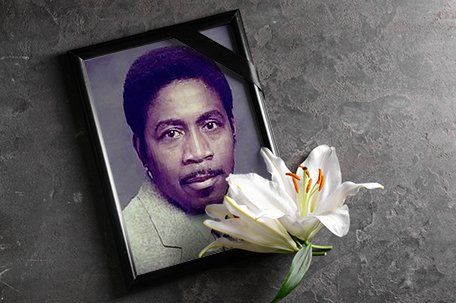 Jesse W. Pearson, Sr. died April 22 after a long illness. He was 87. He was an educator with a long and distinguished record as a teacher in the Philadelphia schools and an administrator at Berean Institute, among other roles. Born in Stratford, New Jersey, Jesse was the seventh of 12 children. He was educated in Camden public schools until the 10th grade, when he had to go to work to help his family.

Jesse taught mathematics, bookkeeping and typing classes in the Philadelphia School District from 1967 to 1994. He also helped school leaders develop such innovative programs as the Neighborhood School at Gratz High School – a storefront school for pregnant girls.

He and then-principal Dr. Marcus Foster created the Neighborhood School, because pregnant students were often forced out of school and stigmatized. He also taught adult learners in the District’s Standard Evening High School, ran the summer jobs program at the Negro Trade Union Leadership Council, and served on the board of the Charles R. Drew Community Mental Health program.

After retiring from the School District, Jesse taught at Berean Institute, a proprietary school in North Philadelphia. He ultimately became the Academic Dean and Chief Operating Officer working alongside Dr. Norman Spencer. During his time at Berean, he led the school’s successful accreditation efforts, stabilized its finances, and helped torepresent the school before local, state, and Congressional officials.

Jesse also owned and operated A Classic Image Hair Salon and a boutique accounting practice for a time.

In all of his pursuits, Jesse believed in letting his work speak for him. He shunned the limelight and focused on achieving positive results for his students, colleagues, employees and the community. He even prohibited his family and colleagues from giving him a retirement party.

Jesse spent the bulk of his post-retirement years living quietly with his wife, Virginia, until her death in 2014.

Because Jesse he was a donor to Temple University,  in lieu of flowers, the family has requested that those interested should consider a gift in his name be made to the Temple University Community Emergency Fund.

Jesse’s life was celebrated on Wednesday, April 29 via Zoom. The burial was private. The family hopes to have a public memorial at a later date.