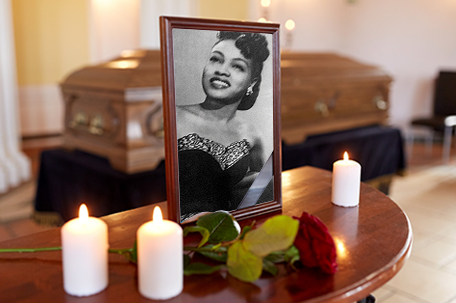 Ruth Williams, singer and former treasurer of the Philadelphia Clef Club died on November 15, 2017. She was 92.

Ruth Mobley-Dabney-Williams was born on July 4, 1925 to Rosalie and John Mobley. She was educated in the School District of Philadelphia.  At the age of 12, accompanied by her sister Rosetta, Williams joined and was baptized in the Baptist Church. Like many young, African-American singers, Williams got her start at church. “We both sang in the church choir,” recalled her sister, Rosetta Pierce. “Ruth sang in religious programs and school plays.”  It was always her greatest passion to be a singer said her family.  Williams pursued her passion and was successful.

Williamsmarried David Dabney in the early 1940s. To this union, Albert Dabney, her only child, was born.  As her life in music became more time-consuming with travel, the marriage ended.

Music was Williams’s life. Without a doubt, she loved music and also was a great dancer. She had a wide collection of many genres of music and surrounded herself with music-loving people. Her career as a singer soared. She went on tour performing with top entertainers, singing in prestigious clubs and entertainment venues. Williams was a fine-looking woman, a sharp dresser and very much looked the part of a glamourous entertainer. 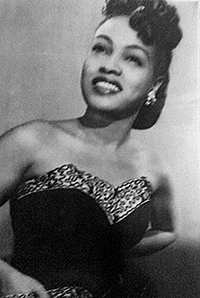 It was while performing in an acapella group that she met and married Linton Dorrance Williams. That marriage flourished for 40 years until his death in 1993. Ruth continued singing into her senior years, performing with jazz combos for political fundraisers and events. She often sang at the annual celebration of National Jazz Month that was held at the senior apartment complex where she resided in later years.

Williams also was a skilled accountant and knew how to take care of business. She was the longtime treasurer of the Philadelphia Clef Club, an extension of Union Local 274 comprised of Black musicians barred from the then-segregated Musicians Union Local 77.  Williams was also campaign treasurer for Pennsylvania State Rep. W. Curtis Thomas for over 25 years. Additionally, she was a trusted tax preparer for several small entrepreneurs and others.

In later years after the death of her husband Linton, she met William Sawyer who became her devoted companion. Ruth and Bill were known for being great dancers and could tear up the floor bopping. They had many years together in a loving, happy relationship until her death.

Williams was an outgoing person with a loving, positive disposition. Most of all, she loved her family and friends who will miss her and cherish her memory.

She was preceded in death by her parents, and her brothers John and Kenneth.  In addition to her sister Rosetta, she leaves to mourn; her son Albert (Gwendolyn); grandchildren Nedra McRae (Van), Albert, Jr. and Christi Ellis; 13 great-grandchildren and one great-great grandson; sister Ruby Kilpatrick; former daughter in-law Carol; and companion William Sawyer.

Kelenia comes to the Clef Club