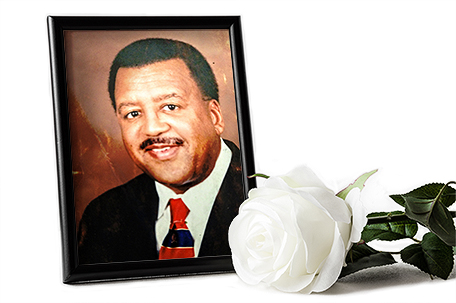 Mr. Scott was the brother of Kenneth Scott, president/CEO of The Beech Companies.

James W. Scott was born November 2, 1958 in Philadelphia to the late Samuel and Shirley Scott and was the third of five children.   The former vice president of national sales at the Kellogg’s Cereal Company, the president/CEO of the MESAB foundation and a director for the School District of Philadelphia, Mr. Scott died Wednesday, July 17.  He was 60.

Jim was educated in the Philadelphia Public School District and was a graduate of West Philadelphia High School. He was always proud to be a West Philly “Speedboy” as a standout Athlete in track and field and an honor student.  He then went on to higher education earning his Bachelor’s in Business Administration degree from Lincoln University, a Masters of Business Administration from National University in Sacramento California and a Master’s of Science degree in Organizational Dynamics from the University of Pennsylvania.

In 1982, James started his career at the Kellogg’s cereal company and served in various executive positions and lived in multiple states around the country. He was a  great supporter of HBCUs, and as Kellogg’s became a major sponsor. He was honored to be a co-host during the Lou Rawls Parade of Stars Telethon which raised millions of dollars to support Historically Black Colleges and Universities (HBCUs) for several years. His corporate career was followed by answering the call of philanthropy and joining the International Youth Foundation to serve as Vice President of its global millennium campaign “The Children’s Hour.” The success of this global collaboration opened the door to an opportunity of a lifetime. He was selected to help transform the country of South Africa, as the leader of a major health and education initiative.

As president and CEO of Medical Education for South African Blacks (MESAB), he was blessed to lead an international effort resulting in the training of thousands of Black South Africans doctors and health professionals. This education and training was previously unattainable to most of the Black population due to apartheid. He had the privileged to work directly with South Africa President Nelson Mandela for several years as Mandela held regular meetings and dinners at his resident Mahlamba Ndlofu in Pretoria. James said that you never know where life will take you. ‘Who would have thought a kid from West Philly would be sitting next to Nelson Mandala discussing life and policies on South Africa, the United States and the world?’ he said.  Mandela also appointed him to the board of the South Africa Education Trust.

Through private and corporate fund-raising efforts in the United States and South Africa, the cost of paying tuition and fees was removed as an obstacle for these students. The success of this effort bolstered the dual goals of this program to both build a “Black Economic Middle Class” and increase the number of desperately needed health care professionals in the immediate aftermath of post-apartheid South Africa.

After spending three decades of extensive travel James wanted to give back to the local community and accepted a position as director of community and faith based Partnerships with the Philadelphia School District. This position within the school district allowed him to lead the districts’ efforts to better engage the entire community in the search for lasting solutions to seemingly intractable problems in public education. As the director of the office of Parent, Community and Faith-based Partnerships, he offered both support to families and reached out for support from the community and the many faith-based relationships that were established. Proudly, many of the initiatives started during this era are still being used today as “best practices” for driving community and faith-based involvement in schools.

Over the past few years Jim’s health started to fail and he left his position at the school district. Not one to just sit around he loved to write and started producing a popular weekly column for the Philadelphia Scoop newspaper covering communities and national issues often with a humorous perspective.

James married the love of his live Teresa Wright in 1984 and from their union two sons were born — James Jr. and Austin. He was a devoted husband, father, brother and uncle who truly loved his family. James is survived by sisters Barbara and Brenda; brothers Samuel and Kenneth; an Aunt Marie Weddington and many nieces, nephews, cousins, and very loving in-laws and friends.

Interment was private.  In lieu of flowers, contributions in his memory can be made to West Philadelphia High School Scholarship Fund,  Lincoln University Scholarship Fund,  Gift of Life Donor Program and the American Cancer Society