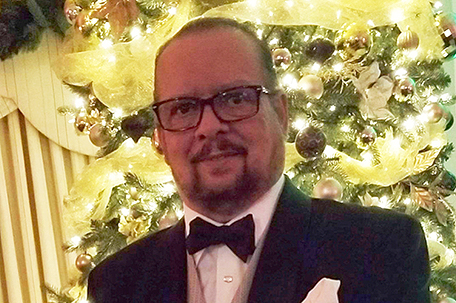 Jimm McKee was born James G. McKee III to Catharine Nelson McKee and James G. McKee II in Reading, Pennsylvania, on June 5, 1946. He was a June Gemini. He was the youngest of seven children: Paul, Wayne, Barry, Benny, Beverly and Bonnie — not necessarily in that order.

Reading was an interesting place for a young Black boy to grow up. He often waxed poetic about the Pennsylvania Dutch food he loved, a lot of which came in a jar; pickled sausages, pickled eggs, and pickled cucumbers — also known as pickles.

He loved his mother Catharine’s “death by chocolate” cake. He was keen to point out that the secret ingredient of his mother’s famous cake was black coffee. He never mentioned whether she wanted that secret revealed.

His father, James II, was the first Black police captain in Reading. It’s where he got his discipline, allegedly. Even as a child, Jimmy Jr., as he was called, was fascinated with cowboys and sharpshooting and the Wild West.

He loved Roy Rogers, and of course, Roy’s Palomino horse Trigger and German Shephard Bullet. Jimm’s fascination with the mythic “cowboys and First Peoples” of the silver screen would be a part of his personal culture throughout his life.

Legend has it that working at Spiegel in the Northeast would change Jimm’s life forever. It’s where he met the love of his life, Deborah Hickson.

Legend continues to note that Debbie’s signature mysterious Pisces energy is what sealed the deal. They were married on May 1, 1971.

They went on to have three brilliant, spectacular children shortly afterward; Kimberley (a Sagittarian), James IV (a Scorpio) and Tiphani (a May Gemini). When Jimm’s parents died, he leaned in and became an inseparable part of the Hickson family. Thanksgivings were EPIC–pre and post-Ike and Helen.

Having young children was motivation enough for him to begin his sales career. He started at Exxon as a sales representative. He then moved on to Honeywell to sell computer hardware. Because he got into the computer field in the mid to late 70s — which is around the time that the computer boom began — he was an unwitting pioneer in the sales field of both computer hardware and software.

Through his natural ability to connect with people, he was able to travel the country (with Caleb and Keenan) and the world working with, helping start and/or run software companies as a C-suite executive and later as a recruiter until he retired. His world travels included everywhere you can think of in the U.S. as well as Italy, India, South Africa, Spain, France, Mauritius, and more.

Countless Black students and teachers were helped through his work with BCCAAC and Men of Purpose, which mentored young Black boys in Trenton, New Jersey (he was a founding member). He was politically active and a strong political voice in Bucks County and beyond. He was vice president of the NAACP and a noted problem solver in the community.

Lest we forget that Jimm loved Black tie events and tuxedos and dancing. As president of the VV’s and a past member of Ye Olde Philadelphia Club, he got to do all of these things at the same time — with his favorite lady. And his friends — he loved his many friends, because his friends are family. He adored his only grandbaby Aubrei Taylor (an Aquarius) and his dogs: Christy, Tibbett, Mhyng Lhyng and grand puppy Lili.

Although he hadn’t ridden in quite a while, his love of horses was lifelong, as was his love of eclectic music, singing and playing guitar.

Everyone who knew him loved him. He had the gift of gab and was known to talk to strangers in the line at the supermarket like they had known each other their whole lives. Effortlessly.

And this is just the tip of the James G. McKee iceberg. His life was full, important and no one else could do his life the way Jimm did. Flaws and all.

And you. He is survived in you. As Dad always said, “I love you and there’s nothing you can do about it.” And it’s true.