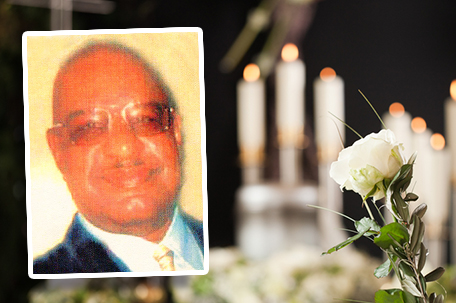 Edwards was a leader early in his life, excelling in school and in athletics. He was quite the athlete in track and field maintaining championship records far beyond his graduation from Overbrook High school in 1952. He worked early in his life to contribute to his family and later was drafted by the United States Army. He served in Germany during the Korean War Era. After service he returned home to marry, and that union produced two children, Kelly and George, his stepson Kim Brooks, knew him only as dad.

In 1956, George found another love and dedication in Law Enforcement. Through the years he moved up rank by rank, first as a police officer, then a detective in the Sheriff’s department and assigned to the United States Marshal’s office in Philadelphia, before retiring in 1992.  Over the 37 years of dedicated service, he received several commendations and was known as the Black Kojak, his motto was “I don’t Lie.” A graduate of Community College of Philadelphia, he encouraged his children to look towards higher education.

Edwards  was a long standing member of St. Jude Baptist Church, the church founded by his father the late Rev. Cleveland Edwards Sr. On September 24, 2000, George was ordained a deacon of St. Jude Baptist church under the pastor ship of his brother.

In 1970, he married Emma Carey who became the love of his life; she added strength, devotion and order.   This union lasted 45 years.imlil

He is predeceased by his parents Cleveland Edwards, Mattie Edwards and sister Anna Edwards.