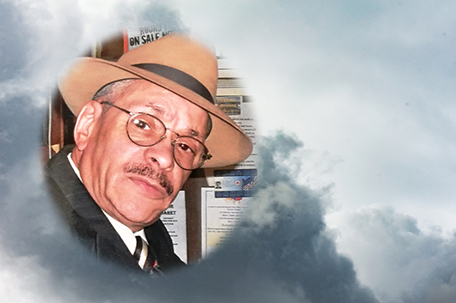 It is with great sadness that the family of Frank Leslie Diggs, Jr. announces his passing on Thursday, October 5, 2017 at the age of 71, after a long illness.

Diggs was born on October 16, 1945 to Frank Leslie Diggs, Sr. and Ethel Evangeline Minor-Diggs. He grew up in the Francisville section of North Philadelphia. He attended Bache-Martin Elementary School and Stoddart-Fleisher Junior High School. He graduated from Murrell Dobbins High School in 1963, and joined the United States Marine Corps soon after graduating. He served four years on active duty and two years in the reserves for a total of six years, and was honorably discharged. Like many Marines, Diggs considered himself to be a life-long member of the Corps. It was rare to see him not wearing a Marine cap.

Diggs was a machinist, by trade, and worked for a number of years as a machine operator. He was most recently an entrepreneur and successful real estate investor.

At a very young age, Diggs loved to draw. His teachers commented that he had a natural artistic talent. He was also an amateur boxer. He started his boxing training at the legendary 23rd PAL center in North Philadelphia, and stayed there for several years. He occasionally sparred with people from various gyms throughout the City. As a young man, he made a point of watching the fights almost every Friday night, even as part of a date with his favorite girl.

Diggs was meticulous about his appearance, and especially admired the well-tailored look of the Hollywood stars in the 30s and 40s, incorporating much of that in his own personal style. He was a man of his word and had high expectations of others.

Diggs enjoyed listening to the blues, loved keeping up with horse racing and followed tennis. He was an “old-movie” buff and he took great pride in knowing about the lives of most of the old movie stars. He also loved history, studying and reading about it a great deal, including the family’s history.  He was an ardent follower of politics and loved to discuss every aspect of it, both domestically and globally. He frequently watched MSNBC, C-SPAN, the Sunday morning talk shows and other political broadcasts. He took pleasure in livening up conversations at family gatherings on holidays and other occasions, whether planned or impromptu.