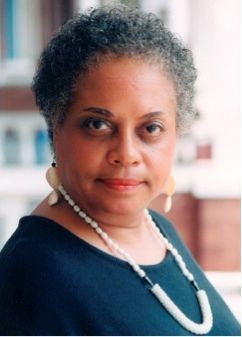 Frances P. Aulston was at heart an educator and a cultural historian. As President and CEO of The Paul Robeson House and the West Philadelphia Cultural Alliance (WPCA), she put her energy and knowledge in making this historic site into a rich cultural center for the community and the city. Aulston received a Masters in Library Sciences from Drexel University and worked for the Free Library of Philadelphia, from which retired. Ms. Aulston died Sunday, Aug. 9, 2015. She was 75.

A seasoned community leader & activist, and a former research librarian for the Free Library of Philadelphia, Ms. Aulston founded WPCA in 1984 with the assistance of several local artists. Under her leadership of 25 years, the WPCA has worked in partnership with more than 80 institutions throughout Philadelphia to provide and promote arts programming, to gain visibility for local artists and to build community through the arts. The organization’s membership is multi-cultural and multi-ethnic and reflects the social and professional diversity of the Philadelphia community. The WPCA is one of the most respected cultural/community organizations in the City.

Ms. Aulston has also been instrumental in having the last residence of Paul Robeson, legendary artist, scholar, athlete, activist and humanitarian, preserved as a historical house museum. The West Philadelphia home at 4951 Walnut Street is expected to become the most historically significant property associated with Robeson in the country. Ms. Aulston counts the restoration of the Robeson house as one of the community activities of which she is most proud. WPCA’s offices are located in the twin home connected to the historic Paul Robeson House.

A graduate of Antioch and Drexel Universities, Aulston held a Bachelor of Arts in Human Services and a Master of Library Science degree respectively. A tireless arts and social advocate, Aulston was a founding member of ArtsWest: West Philadelphia Partners for the Arts, and has served on the board of directors and advisories for numerous organizations, including the Settlement Music School, West Philadelphia Branch; the Philadelphia Orchestra’s Cultural Diversity Council; Friends of the Free Library; Neighborhood Development Project; Philadelphia Arts in Education Partnership; Dignity Housing; Wise Women Health Center; Community College, and the Mayor’s Cultural Advisory Board. She has recently lectured at events sponsored by the Children’s Hospital; the Free Library of Philadelphia; the National Society of Fundraising Executives; the YMCA West Philadelphia Branch, and the Mann Music Center for the Performing Arts.

Frances P. Aulston is survived by her two sons, Glen and Von; several grandchildren; and nieces and nephews.