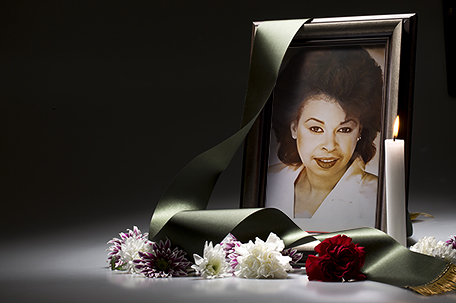 Faye B. Snow, a Philadelphia treasure, patron of the arts, advocate for education, peacefully transitioned on Friday, May 26, 2017 at the Phoebe Wyncote Nursing home in Wyncote, Pennsylvania.

Faye B. Snow, affectionately known as “Missy” was born to the late Dr. John Snow and C. Faye Astwood Franklin in Harrisburg, Pennsylvania. With bountiful continuing blessings, God embellished the life of Faye with a devoted stepfather, George “Foxy” Franklin and stepbrother, George, Jr., who preceded her in death. Her mother and father’s (Foxy) love for her was so immense and instrumental in shepherding her dreams. Her parents and aunts (Edna and Lillian) all intuitively knew that Missy would make her mark in life, and they played their part in her preparation. At the age of four, Faye began her dance training with her mom (known to all as “Big Faye”) by her side at the Judimar School of Dance under the direction of Sydney King and Marion Cuyjet. Faye continued to develop her craft through intensive training under the mentorship of Joan Kerr and James Truitte, learning and mastering the Lester Horton Technique.

Faye was educated in the Philadelphia School System and is a graduate of West Philadelphia High School. She was crowned “Miss Jabberwock” and “Miss Philadelphia” sponsored by the Miss Lens Guild.  Missy was also  Lincoln University Kappa Alpha Psi Fraternity Sweetheart Queen.

Faye received her Bachelor of Science Degree in Health and Physical Education from West Chester University with honors, and her Masters of Arts Degree with a Dance Concentration from George Washington University. In 1959, while attending West Chester University Faye was initiated into the Gamma Epsilon Chapter of Alpha Kappa Alpha Sorority, Inc. It was there Faye began a legacy of three generations of AKA cousins. Faye faithfully served as a member for over 50 years. Faye was also a charter member of Rho Theta Omega Chapter, the second graduate chapter of the Philadelphia region, and for many years the choreographer for “The Ms. Calendar Girl Cotillion” sponsored by the Omega Omega Chapter of Alpha Kappa Alpha Sorority, Inc. She loved being an AKA, and served her Sorority in many capacities, including her most notable role as chapter historian.

Faye was the founder and artistic director of “Juba Contemporary Dance Company” founded in 1973. Juba performed extensively in the Philadelphia area, as well as nationally. The company was named in honor of Richard Henry Lane, who was known as “Master Juba”. Master Juba historically is known as the first African- American professional dancer.

Faye distinguished herself as an accomplished choreographer producing such works as “Angelitos Negros (Black Angels)”; “To Gary With Love”; “Atlanta Children”; “Dearly Departed”, Heed The Call”; and “He Ain’t Heavy, He’s My Brother”, as well as other distinguished notable works. Her academics and artistic talents attest to her abounding energy.

During the late sixties, Faye was the head of the dance department at West Philadelphia High School. In 1974, she founded the dance department at the Franklin Learning Center. She was a founding faculty member of dance at the Philadelphia College of Performing Arts, now, the University of the Arts, and held that position from 1981 until 2005. In addition, Faye was the Director of Modern Dance at the Philadelphia Community College, adjunct professor at Howard University, Swarthmore College, Purchase College and other institutions of higher education.

Training over six decades of dancers and artists, Faye’s students matriculated into many institutions of higher education such as: Juilliard, University of the Arts, North Carolina School for the Arts, Temple University, Howard University,  and Purchase College – just to name a few.

Also left to cherish her memory is her childhood sister and best friend, Jakki Browner; her devoted surrogate sons Wayne St. David (care-giver), Thomas Halstead, and all of her dance children who are left to carry on her legacy of higher education, excellence, mentorship and service. Funeral service was private.