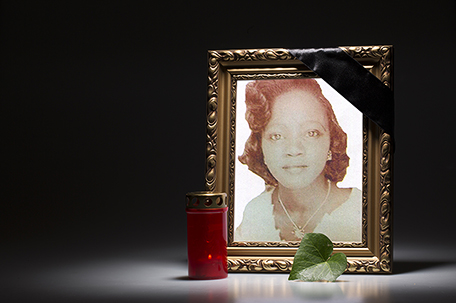 Elizabeth Betty Summers was born June 17,1936, in Philadelphia to Bennie and Rosebud Summers. “Liz” as she was affectionately called, was educated in the school district of Philadelphia and was a resident of the 2800 block of Marshall Street in South Philadelphia for over 50 years, even meeting her beloved husband William Lee Little there; with whom they shared a 46-year union his death in 2002.

Mrs. Little had a knack for sewing and crocheting. She and her husband co-owned a family business started in the 1980’s called “Lee’s Glass and Mirrors.”

Mrs. Little professed Christ at an early age, and was a faithful member of Mt. Enon Baptist Church for several decades. She was an excellent cook and loved to entertain people in her home. She will be sadly missed by her family, neighbors, and all who knew her.  ‘Ms Liz’ had compassion for people and would do anything for anyone, even if it meant giving her last.

Mrs. Little was preceded in death by her husband, William Lee; her parents, Bennie and Rosebud Summers; her two sisters, Essie Mae and Thelma Spells; and two grandchildren, Sorena and Marcus.